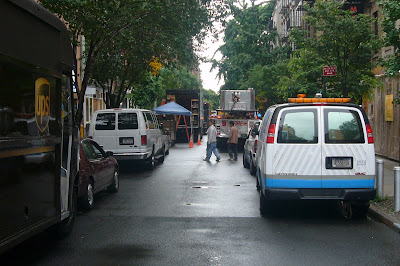 Update: As Channel 7 is reporting, city inspectors allowed residents to return to their homes around 9 p.m. Any damage to Robert Pattinson's hair is not yet known.

Two things are happening now on Mott Street between Houston and Prince.

1) 273 and 275 Mott St. have been evacuated, including the restuarant on the ground floor -- Sakura Sushi & Thai Cuisine.
2) Robert Pattinson is inside St. Patrick's Old Cathedral prepping to film a scene for "Remember Me."

Firefighters were called to Nolita/Little Italy just after 5:30 p.m. City officials evacuated the residents of the five-story building "fearing a giant bottom-to-top crack in its facade could be a prelude to disaster." (City inspectors were also called to the scene yesterday.) 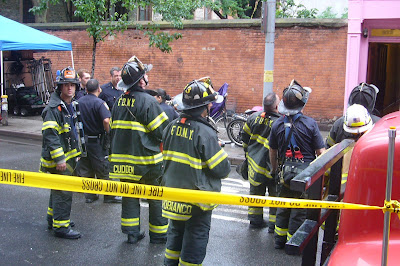 You can see the crack in the building... 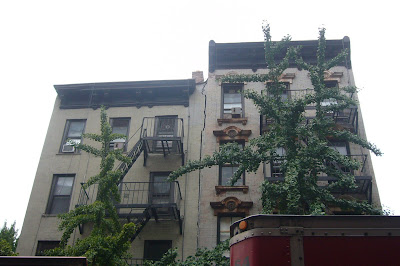 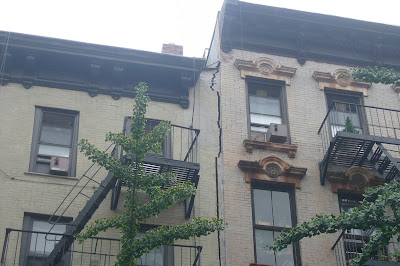 ...and it seemed to get worse as we were standing there. 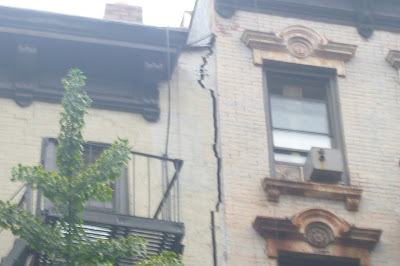 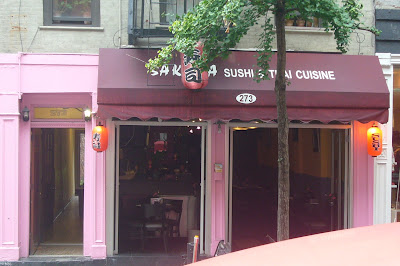 The building is to the north of the Cathedral grounds. 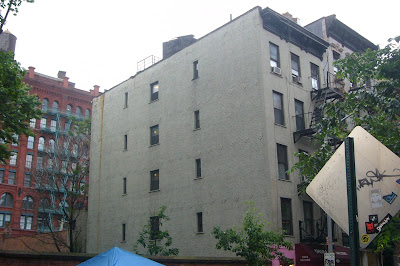 Members of the film crew were standing around. Someone said, "Here comes Channel 7." A crew member muttered, "Fuckin' great." The reporter, Jen Maxfield, asked several people for an interview. Everyone politely declined. No real sense of urgency here. Someone remarked, "This is what happens when it rains for 30 straight days." One woman asked what was happening. We were all standing looking up at the crack in the building. And someone responded, seriously: "Robert Pattinson is filming a movie!" 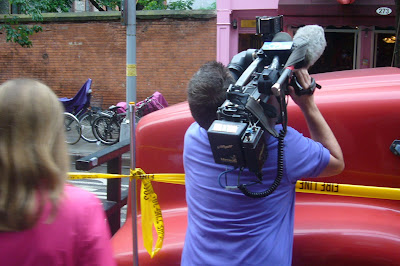 Meanwhile, a little bit down the street, the prep work continued on "Remember Me." A carnival scene or something. No one seem to be all that concerned that the building may collapse. "There goes a night of shooting," one crew member said of the holdup with those pesky firefighters, ConEd supervisors and city engineers. Several oblivious members of the paparazzi finally gave up their Pattinson vigil and snapped some shots of the building. One photographer said he thinks all old buildings should be torn down and replaced. The person he said this to told him to fuck off. 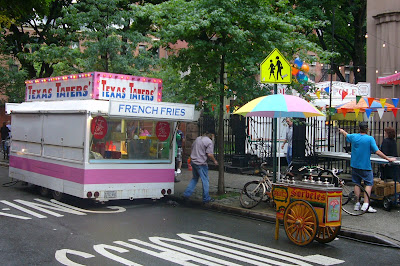 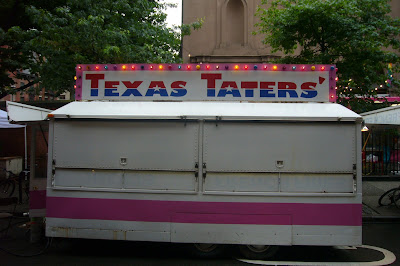 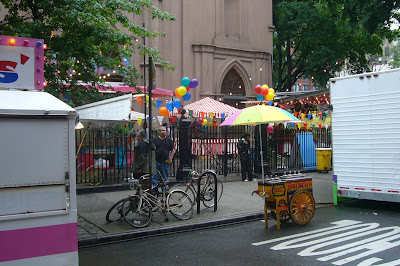 Most people thought the firefighters were there as part of the movie. (In case the Texas Taters' blow?) I asked a young woman if she knew what was happening. "Yes, he's inside the church." 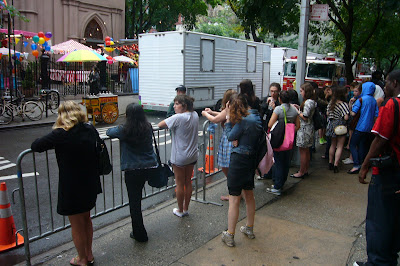 And nevermind that many people may be homeless now. Or there's another building collapse in NYC. Oh! Lauren Hutton walked by with some shopping bags. One of the crew members shouted, "Hi Lauren!" She passed. "Damn, she still looks good." She does.
Posted by Grieve at 6:53 PM

great post, Grieve. It's inconceivable how Bloomberg seems to not get held to task for the really bad conditions that exist in the city (the homeless - like you mentioned, building and crane collapses, the economic collapse happening on his supposedly brilliant watch, the bland homogenization of formerly vibrant neighborhoods overridden with "luxury" housing via giveaways to developers, and the demise of the small businesses he says he cares so much about, etc...). You'd think at some point the press would start holding him accountable more.

Nonetheless, thanks for this post and all your others, of course. You really captured the mood at the scene.

Wow, what a weird scene. Does David Bowie still live on that block?

Thanks, Cathryn...excellent points. Such an odd scene, this combination of starfucking and people watching. Oh, nevermind the building!

Keep up the great work at WSP too!

I'm not sure, really. If he does live there, then I'm surprised that he didn't walk by...

Yep, gotta agree. Good post. I'll check it out when I go get coffee tomorrow morning.

Thanks for your post and for the great pictures (of a sad state of a good looking old building)
>>One photographer said he thinks all old buildings should be torn down and replaced. The person he said this to told him to fuck off.<< This is an amazing amount of story in 2 sentences.

David Bowie was probably waiting out the mob scene at some frozen yogurt shop.

we must've been standing in the same spot. great reporting.

Thanks, BB. Were you the German tourist who was talking really loudly into her cell phone?

Totally missed this one. I was too busy bidding on the Spice Girls pin.

I wouldn't be surprised if this building is the next 172 Stanton St.