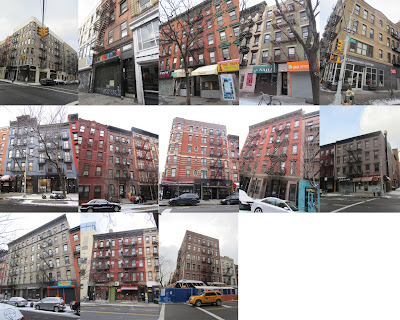 The institutional-level Kushner Companies, a major residential and commercial landlord which has purchased 408 apartment units in 25 buildings in the past seven months, and is in contract to buy another 49 apartments in six more walk-ups in the coming weeks. And Kushner plans to buy more, real estate sources said.

“[Kushner] love[s] the East Village because there are a ton of people looking to rent there and under 1 percent vacancy,” an industry source said. “[It is] now likely the largest landlord in the East Village with all [its] acquisitions, and will continue to buy more.”

The acquisitions have raised the eyebrows of tenants and advocates who see the move as another example of expanding gentrification, and wonder how the Uptown, white-shoe-style owner and its management firm Westminster Management will operate in the East Village.

Indeed, there is a super-tenant meeting in the works. (Details here.)

Kushner paid $179 million for the total package. Ben Shaoul and company had paid $122.6 million. (The one 17-buildiing portfolio looks to return $4 million a year in profits.)

“With a succession of owners that often abused the tenants, [the buildings] are now [majority] market rate and of no great public interest, and that has really damaged the neighborhood,” Benjamin Dulchin, executive director of advocacy group Association for Neighborhood and Housing Development, said. He blamed a major change in rent-stabilization laws in 1996 that allowed for owners to deregulate apartments under certain conditions. “The neighborhood is losing income diversity that made it such a wonderful [area].”

Hey I hear this area's so red hot that the chinese are looking to recreate it in their own backyard. The east villagers will have to learn mandarin to keep up on the newest trends.
Lego land may first do the recreation small scale in SoCal to see how the transfer works for the masses.,
More later from the RE Galleries....

Westminster rent-stabilized tenants: You should know that it is Westminster's policy that RS tenants cannot pay their rent online, as market-rate tenants are free to do. They also do not provide rent notices (statement/bills) to RS tenants.