[Updated] Snowboarding behind a Jeep on East 6th Street

Ah! Thanks to the commenters... this was for a Casey Neistat video...

Riding the storm out 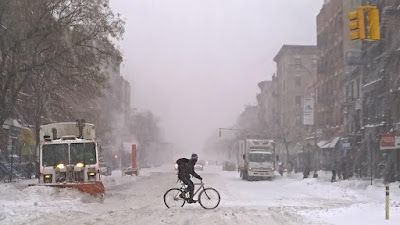 The city is basically shutting down today.

Due to severe weather, there is no MTA bus or Access-A-Ride service effective 12PM until further notice. Info: https://t.co/ENIxXVnNZ4.

NYC update: All Manhattan + Brooklyn Shacks will close at 2PM today. All Queens Shacks are closed. Stay safe & warm out there, friends.

Due to weather, all LIRR, Metro-North, and elevated subway lines are suspended as of 4PM. For more info: https://t.co/cj5MRms18m #alert

NYC update: All Manhattan + Brooklyn Shacks will close at 2PM today. All Queens Shacks are closed. Stay safe & warm out there, friends.

This will very likely be one of the worst storms in City history. Go home. Stay home. Stay safe today. - @BilldeBlasio 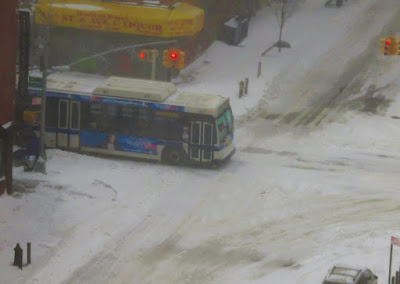 [10th and C this morning via Bobby Williams]

The buses were in service this morning... but not much longer, in case a trip via a bus was in your Saturday (today!) plans...take it away, Andrew!

.@MTA is suspending all NYC bus service beginning at Noon this morning. Go to https://t.co/TacCnDFyNi for real-time info & service updates.

[Updating] IT IS SNOWING 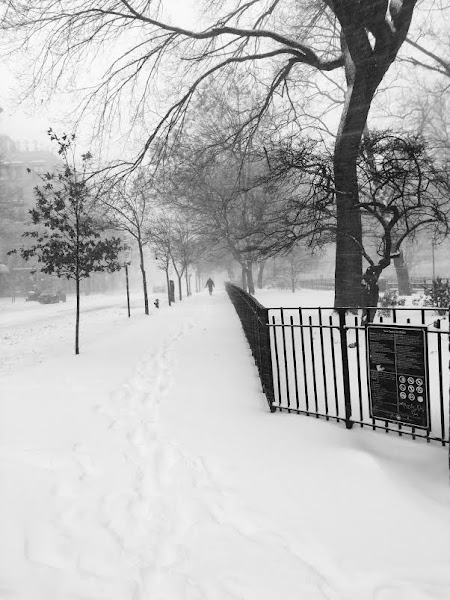 Funny how that sometimes happens in January.

Went out for a little walk. (Periscoped for the first time. I remembered to talk on the next installment. Need to learn to not shake the iPhone so much.)

Some really random observations (or more random than usual?). The Avenues have been plowed. Side streets are a little hit and miss. Tompkins Square Park is picture perfect. There is one random Citi Bike on 7th and A. Umbrellas are useless. Two pairs of socks are a good idea. If I owned goggles, then I'd have put them on no matter how dumb I looked. People are nicer when it is snowing.

And more places are open than I expected. This is not at all a comprehensive list. Here are places that I saw open at 9 a.m.: Key Food, Croissanteria (A between 4th and 5th), Juicy Lucy (Avenue A between 5th and 6th), Ray's Candy Store (and the place next to it), the Odessa, Box Kite Coffee (115 St. Mark's Place), the International (First Avenue between 7th and St. Mark's), Saiffee Hardware (and they were getting a huge salt shipment), McDonald's, Starbucks (the one on First Avenue at 3rd), the Bean (the one on Second Avenue at 3rd), Downtown Bakery II (First Avenue between 4th and 3rd), Brickman & Sons (First Avenue between 4th and 3rd) ... all the corner delis were open. Ditto for laundromats/dry cleaners. The gate was going up at the liquor store on Avenue and 4th Street. There was a Twitter report that Black Seed Bagels is open on First Avenue.

And as I posted on Twitter, at the time I looked in the window at the International, there were more people inside there than the McDonald's and Starbucks combined. 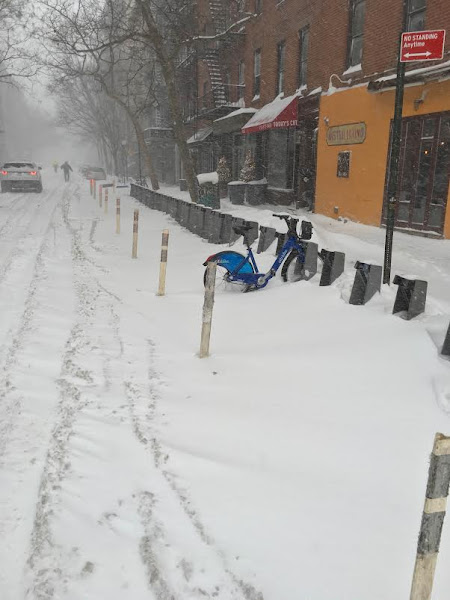 Ost Cafe on Avenue A at 12th Street is open ... ditto for Tompkins Square Bagels ... and the Remedy Diner on East Houston at Norfolk. The Wayland opens at noon on Avenue C and East 9th Street. Superiority Burger is open from 2-6 today on East Ninth Street between Avenue A and 1st Avenue...

Have a nice blizzard 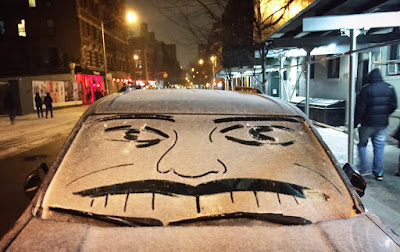 East 12th Street between Avenue A and First Avenue last night via Grant Shaffer...
Posted by Grieve at 8:20 AM 1 comment: