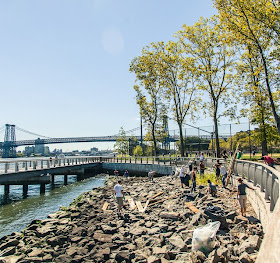 But what started as a photo project became part of a larger endeavor to help raise awareness about the garbage and debris that collects along the East River Promenande between East 10th Street and the Williamsburg Bridge.

He joined forces with Beth Bingham of Partnerships for Parks, a joint program of City Parks Foundation and the New York City Department of Parks & Recreation, to organize several volunteer cleanup days.

This past Saturday, some 20 volunteers joined Gastelum to collect trash and debris along the river. 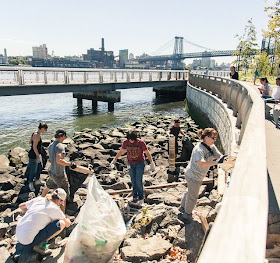 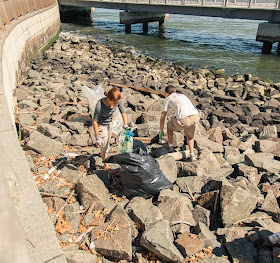 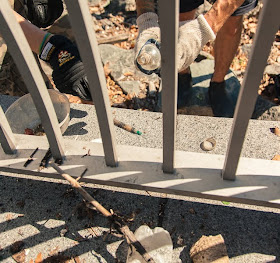 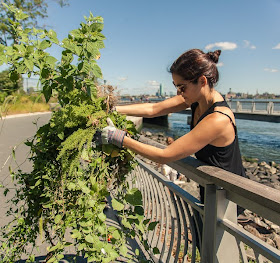 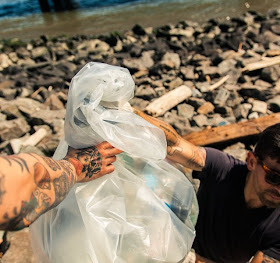 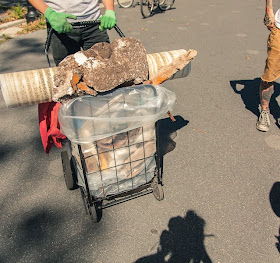 Gastelum has released a book titled "East River And The Sanctum We Walk," which features more than 180 photos of the East River Park. (Part of the sales will go toward efforts to keep the park clean.)

Meanwhile, Gastelum is planning to host more volunteer days. He is also looking for the city to fund a more permanent solution to the problem in the form of debris collecting booms.

Gastelum answered a few questions for me about the book and project via email.

What first inspired you to start taking photos of the East River waterfront?

I was first inspired to document East River Park as a self-considered project. It was to document a place that was my personal refuge from the city. It quickly turned into a project that was much bigger than just documenting my personal sanctum.

What has been the most unusual object/artifact that you've found along the waterfront?

The most unusual — well, we haven't found anything too unusual. A lot of plastic bottles, baseballs and styrofoam. We did find a few syringes with needles this last cleanup. I suppose the most unusual, for the fact that it was still intact, was a household light bulb. (You can see some found objects here.)

What is the status with the city funding permanent floating trash/debris booms?

The last we heard was that a budget was purposed, but not approved. To my understanding the booms would cost $5,000 each.

What do you ultimately hope to accomplish with the project?

A few things. We want to raise awareness of this ongoing problem with the debris building up, by showing city officials that the community does care about this park and we will be out here every four months to clean it up until they install a permanent solution. (Or raise enough money to pay for it on our own.)

We want to get more of the community involved with the park, in general. It's such a beautiful place and we want the community to take advantages of the different activities.

How can residents get involved in a volunteer cleanup day? And when will you host the next one?

They can follow my blog, as I always post flyers for every cleanup and also updates on the project in general. People can also get onto the mailing list of Partnerships for Parks not only for our cleanups, but a lot of other volunteer opportunities in the park.

The next cleanup may be in November before it gets too cold out. If not, then we will have to wait till the Spring. 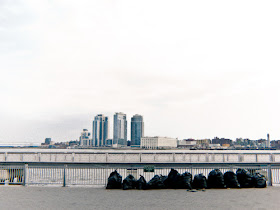 [All photos by Alan Gastelum]
Grieve at 7:00 AM