Empire Biscuit has to be closed today on National Biscuit Day 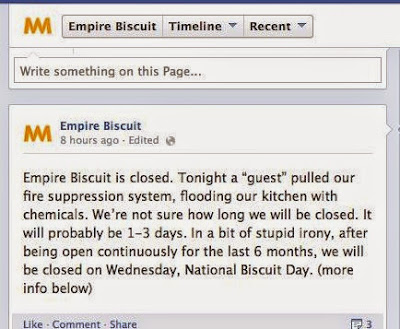 In a subsequent Facebook comment, the folks at Empire Biscuit say they will now have to do the cooking for volunteers of AIDS Walk New York from one of their apartments.

"As far as National Biscuit Day festivities, we'd planned to serve everything on the menu for $1 for 1 hour on Wednesday night. Party, right? (We'lll probably be having a cleaning party instead.) Maybe we'll go ahead with it one day next week, but for now we've got a lot of nonsense to deal with."

Empire Biscuit is at 198 Avenue A. 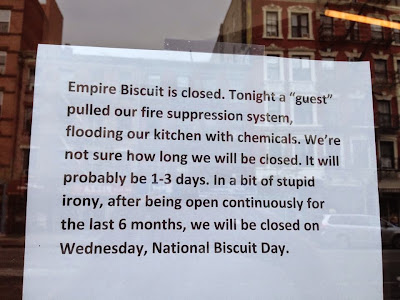