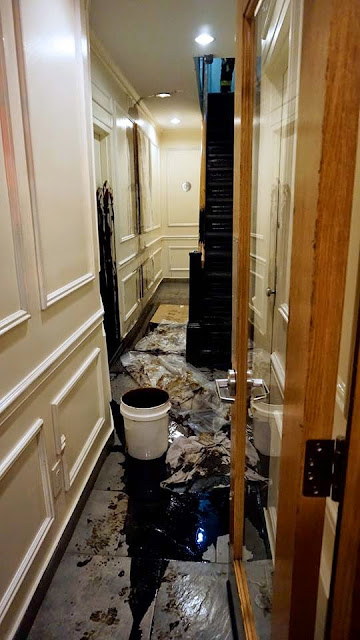 On Wednesday night between 8-8:30, someone entered 521 E. Fifth St. and made an awful mess with a canister of motor oil.

"They spashed the oil on doors, walls and mailboxes on the ground and first floors," according to an EVG reader in the building between Avenue A and Avenue B. "It was frightening actually, not to mention that the smell is horrible."

The NYPD did interview tenants. 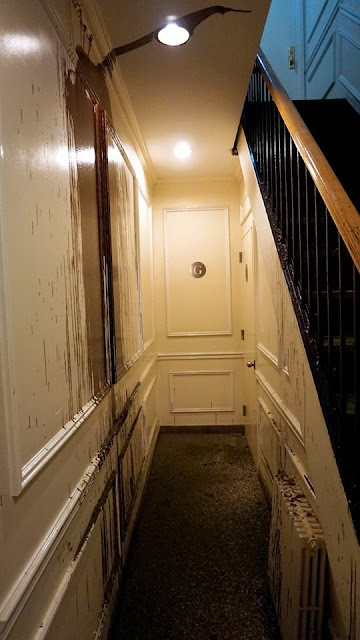 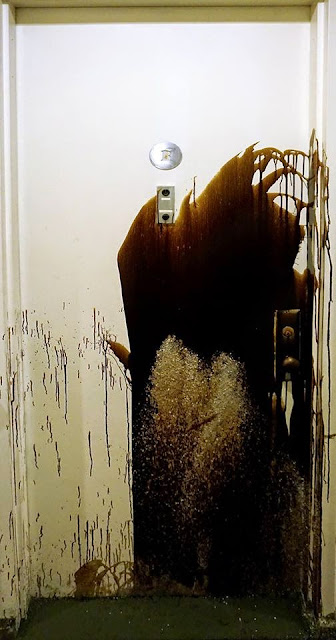 Apparently there was a similar incident around the same time at another building on East First Street. Both buildings are owned by Steve Croman, aka 9300 Realty, who is not the most popular landlord in the neighborhood. One theory is that this was the work of a disgruntled contractor.

According to public documents, 9300 Realty bought the building last November.

Sorry, we were wrong. The Cromans took over the building in 2005. At that time there were 20 rent-stabilized tenants; now there are only three remaining.