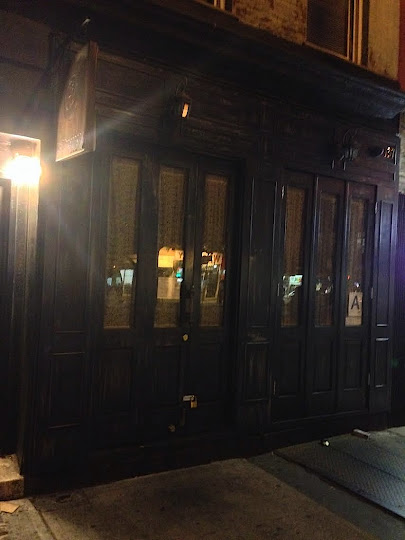 The understated restaurant, which served an interesting mix of food from Haiti and the Ivory Coast, remained dark throughout the weekend here at 137 First Ave. just north of St. Mark's Place. 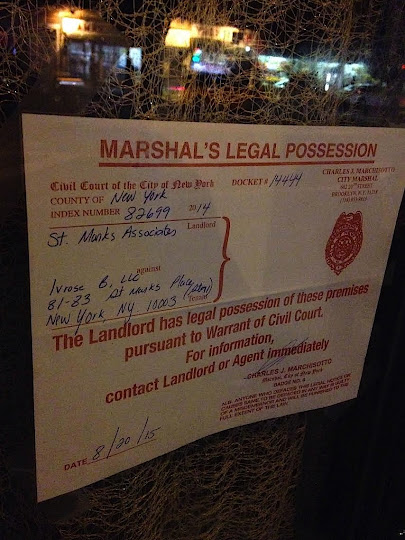 Le Marécage, run by a husband-wife team (he was a longtime instructor at the French Culinary Institute), opened last October.

Not sure what happened here. The Times gave the place a glowing notice in its Hungry City column in March. Perhaps it couldn't compete with the other new, buzzier restaurants that opened nearby on First Avenue like Oiji or Noreetuh, which prompted reviews by Pete Wells at the Times.
Grieve at 4:22 AM
Share