Report: Gregg Singer thinks the city should buy the Boys' Club of New York building on 10th and A 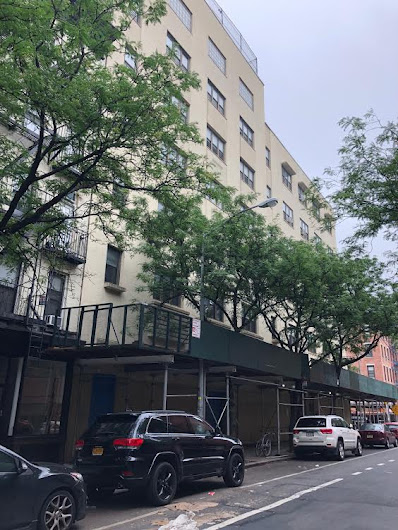 As I first reported on June 21, the Boys' Club of New York is selling its Harriman Clubhouse building on the northwest corner of 10th Street and Avenue A.

And developer Gregg Singer, who has been trying to turn the former P.S 64 and CHARAS/El Bohio community center on Ninth Street into a dorm these past 20 years, has the perfect buyer for the Boys' Club — the city.

Community activists, preservationists and some local elected officials have long been opposed to Singer's plans, and want to see a return to use as a cultural and community center.

So people want a community center? In Singer's estimation, the Boys' Club is the building for that, as he told Patch in an interview published yesterday.

"It's next to Tompkins Square Park, it's a couple of blocks from this property, it's in good condition, its got a pool, basketball court, music rooms, art rooms — it's crazy. So it's ready to go," said Singer, on a recent tour of the gutted former P.S. 64. "We've put about $65 million hard and soft costs to renovate this property. There, it's already in existence so if they really do need a community center, there you go, it's right in your lap."

"It's sort of a ludicrous idea," said Andrew Berman, the executive director of the Greenwich Village Society for Historic Preservation. "The connection that this community feels to the community center is very strong and it has remained strong for decades and the community's resolve to get this building back [will not be] diverted."

Last October, Mayor de Blasio said that his administration would take steps to reacquire the property ... without actually offering any further details on how the city would do this.

Meanwhile, the Boys' Club building, which opened in 1901, will remain in operation through June 2019.

The Times explores the past, present and future of the former P.S. 64
Grieve at 4:20 AM