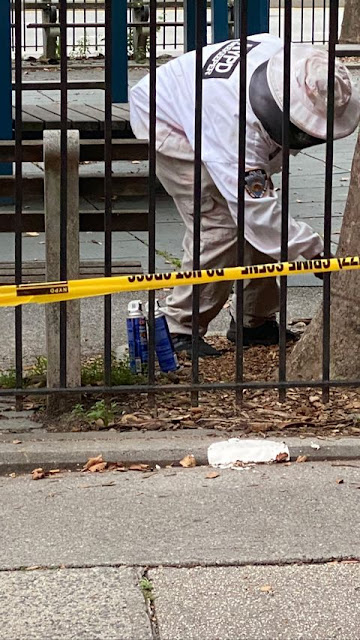 According to the Citizen app yesterday, there was "a report of a swarm of bees in a tree and swarming around people" at First Park on First Street and First Avenue.
And today, a member of the NYPD beekeepers was spotted doing some follow-up work on the scene... thanks to @aceacekin for the photos... 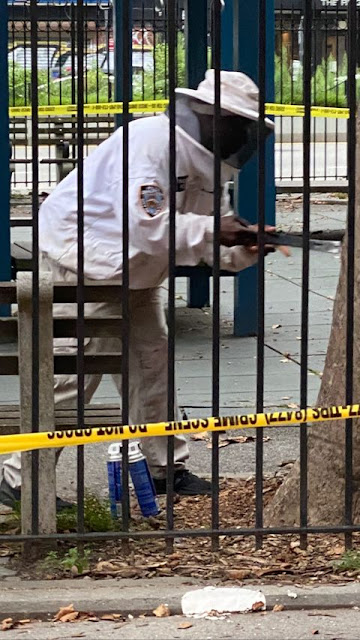