Coming soon: the 'Meet Me in the Bathroom' documentary 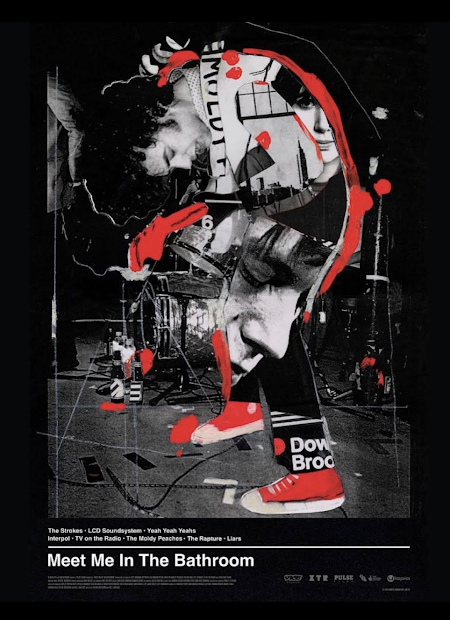 The "Meet Me in the Bathroom" documentary, which offers an archival journey through the music scene of early 2000s NYC, is set to premiere on Oct. 30 at Webster Hall (tickets here) before a limited theatrical release (at the IFC Center on Nov. 4) and streaming debut on Showtime.
The doc, directed by Will Lovelace and Dylan Southern, debuted earlier this year at the Sundance Film Festival.
Based on Lizzy Goodman's 2017 book, "Meet Me in the Bathroom: Rebirth and Rock and Roll in New York City 2001-2011," the documentary reportedly focuses on 1999-2004 and bands that include the Strokes, Yeah Yeah Yeahs, TV on the Radio, Interpol, LCD Soundsystem, Liars and the Moldy Peaches.
The East Village and Lower East Side played a supporting role with venues such as the Mercury Lounge and now-shuttered spaces like the Luna Lounge, Plant Bar and Sidewalk Cafe.
Here's part of a review via Brooklyn Vegan:

The footage Southern and Lovelace managed to get their hands on is the real reason to watch Meet Me in the Bathroom: The Strokes playing Don Hills and Mercury Lounge in 2000; Paul Banks in his pre-Interpol singer-songwriter days (as well as footage of him in downtown Manhattan on 9/11); Moldy Peaches at Sidewalk Cafe; the August 2002 Williamsburg parking lot show with Yeah Yeah Yeahs, Liars, Oneida and more that had crowds of people watching on every adjacent rooftop; and so much more that you didn't know existed...
Meet Me in the Bathroom does a good job of dropping you into a time and place that is gone and could not happen today. "I was there!" James Murphy cries in "Losing My Edge." If this doesn't totally make you feel like you were there, it comes close.

Look for the first trailer soon.