Exclusive: East Village Radio is signing off after 11 years; final day of broadcasting is May 23 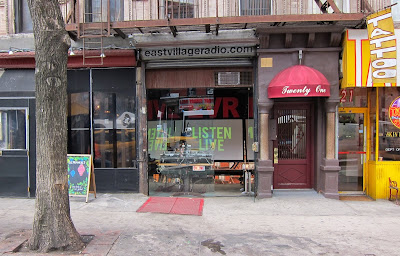 East Village Radio, the 11-year-old Internet radio station with a tiny storefront studio on First Avenue, is shutting down operations next week.

"Every time we get a new listener, it costs us more money with licensing fees and Internet costs," East Village Radio CEO Frank Prisinzano said in a phone interview. "After doing some projections, we see that it is going to be very, very difficult for us to continue to break even."

The station ends live programming after Friday, May 23. The stable of eclectic DJs, with shows covering nearly every genre of music, will have the chance to broadcast a farewell show in the days ahead. (In addition, the station is releasing all of the archived shows to each DJ so that he or she can shop around for a new gig or syndication.)

Popularity hasn't been an issue with East Village Radio, who counted more than 1 million listeners worldwide a month (this after starting as a short-lived 10-watt FM radio station in April 2003). However, under the Congressional Digital Music Copyright Act of 1998, Internet broadcasters must pay a digital performance royalty for every listener.

"We pay a higher rate for royalties and licensing than Pandora pays. We live in a world where these behemouth music-streaming services keep going in for more capital," said Peter Ferraro, the general manager/head of programming at East Village Radio. "It's almost like we are being penalized for our growth.

"It's very difficult for an independent medium music company to survive in a world where Apple is paying $3.2 billion for Beats by Dre."

Still, East Village Radio was integral to the success of breaking new acts and giving airplay to musicians you might not have ever heard. The street-level studio was also a popular draw, bringing in celebrated music veterans such as Lou Reed (oops — he was a call-in), Richard Hell and John Lydon, among many others, through the years. You never knew who you might spot inside the studio at 19 First Ave. between East First Street and East Second Street. 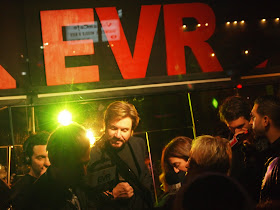 While the programming is commercial free, East Village radio has survived by the advertising on its website and, most important, the funding from Prisinzano, the chef who owns neighborhood restaurants Frank, Lil Frankies, Supper and Sauce.

The radio operation was the proverbial labor of love, and a way to do something for the East Village.

"It has always been really pure to me. From the beginning I was thinking I had to give something back to this neighborhood," Prisinzano said. "I was worried about the music scene moving out to Brooklyn. It was important to represent the neighborhood."

So the thought of selling part of the station to secure the necessary funding to continue on with East Village Radio was never an option for Prisinzano and Ferraro.

Said Ferraro, "If another media or VC company came in, I don’t know if they would have understood the nuance of being local but global. There was a certain localness that we feel proud to be part of. But the mission has always been to amplify that out to the world, but to have it point back to the neighborhood." 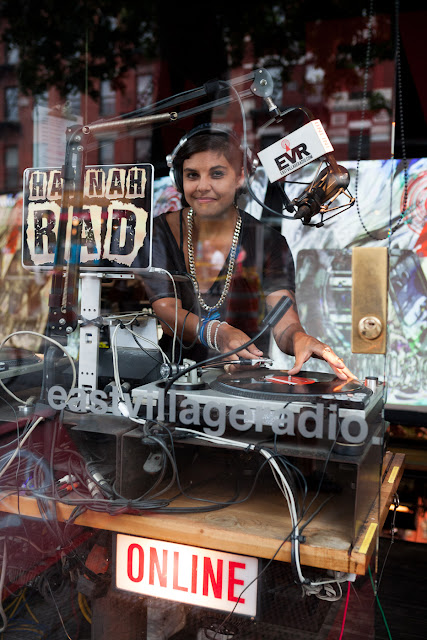 Prisinzano said that he isn't done with the East Village.

"I'm looking to come up with something else now. I have a lot of ideas. This particular model failed. We closed it down. I'll build up a little more capital and come up with a different idea," he said. "I'm really sad about the decision, but I think it has inspired people to do similar things all over the planet. We started out as a pirate radio station, and we decided to amplify it and design the local Internet radio model ourselves. The model is untenable. It just doesn't work. It's the system's fault. There isn't any legislation that will ever be written without someone lobbying for it. We can't afford lobbyists."

Prisinzano and Ferraro are still processing what the station's legacy might be.

"I hope that history proves to be kind to us," Ferraro said.

"This was a beautiful, amazing thing. I think something really positive will come out of this," Prisinzano said. "We took it to where we could take it. We are proud of what we did. Now it's time to stop. And that's OK."
Grieve at 7:00 AM
Share