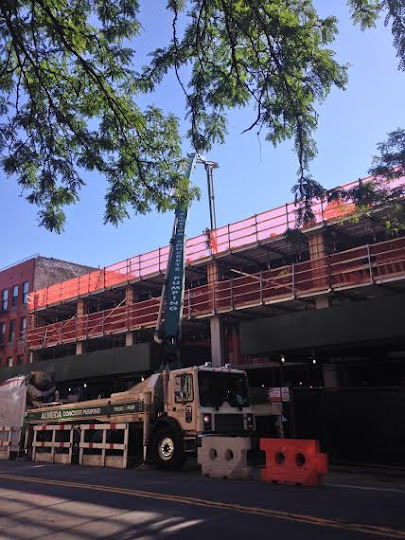 Turns out that Ben Shaoul's incoming residential building on Avenue A will house condos and not rentals as previously thought.

According to The Real Deal, one-bedroom units will start at just under $1.3 million while penthouses will go for $2.3 million. Per broker Ryan Serhant, prices will range from the high $1,000s per square foot to north of $2,000 per square foot.

Amenities for the 33-unit (we originally heard 29 units) building will include a — ding! ding! — roof deck as well as some private outdoor spaces for several of the residences here between East Seventh Street and East Sixth Street.

Meanwhile, The Real Deal also hears that the ground-floor retail space will house a high-end gym. Equinox already reportedly inked a deal to lease two floors of Shaoul's incoming development on East Houston and Orchard. So maybe look for a high-end gym other than Equinox for the space that last housed East Village Farms. (And this might just finally dash those hopes for a Trader Joe's.)

The residences here are expected to be ready by the late spring or early summer of 2074 2016.

An EVG reader shared a view from behind the building... 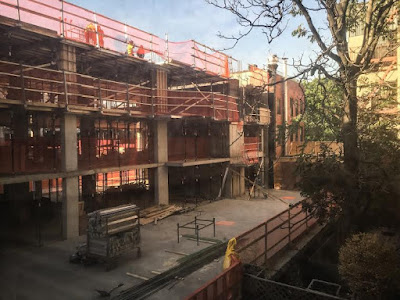 Per the reader: "Here is the backside of the construction. No idea why they left that large area open. Gads."