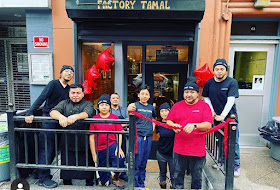 The new outpost of Factory Tamal debuted yesterday at 63 E. Fourth St. between Second Avenue and the Bowery.

This is the second location for Factory Tamal, which first started selling its reasonably priced (and homemade) tamales, egg sandwiches and panini from a small take-out space on the Lower East Side in January 2017. (They moved from Essex Street to 34 Ludlow St. in August 2017.)

Owner Fernando Lopez makes his own masa — "faithful to the ancient Mayan way," as the Times put it in an August 2017 feature. And the result of his hard work? "Mr. Lopez’s tamales are beautifully fluffy, clingy and crumbly at once, a texture that calls to mind the airiest of poundcakes."

An EVG reader snapped these photos of the menu... 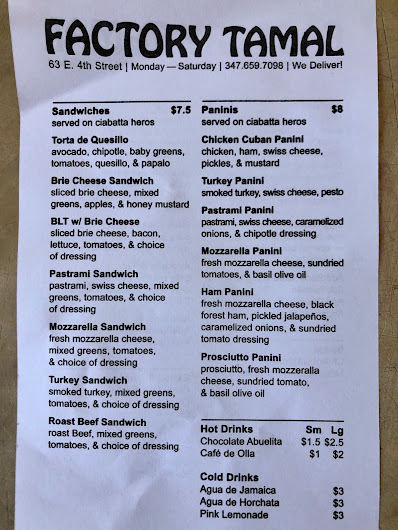 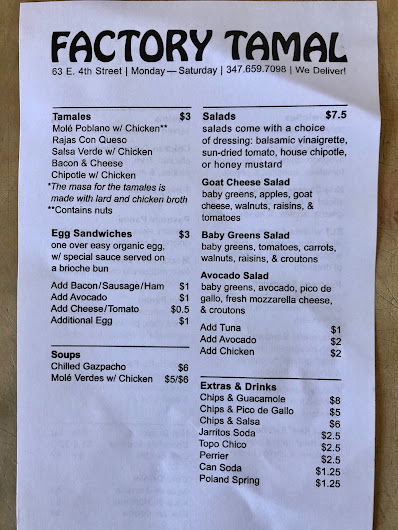 Previously on EV Grieve:
Factory Tamal bringing its freshly made tamales to 4th Street
Grieve at 4:20 AM