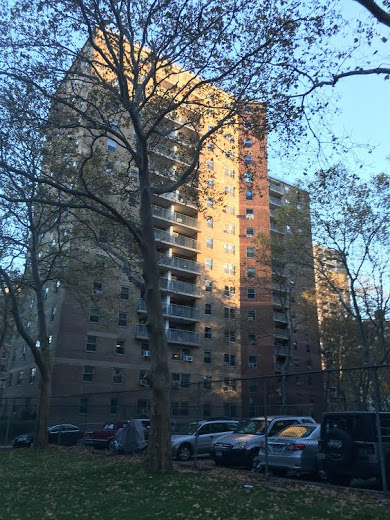 We're hearing that there's another privatization effort underway — at least by one resident — at Village View, the 1,200-plus-unit Mitchell-Lama co-op between First Avenue and Avenue A, from Second Street to Sixth Street.
First, a little recent history: Back in August 2016, there was news that the residents/shareholders of Village View were mulling over whether to withdraw from the affordable housing program.
By November 2016, the Board met ... and passed a motion: "to cease any further discussion of privatization, including a feasibility study, unless and until such time there is a clear indication from a large percentage of shareholders that there is an interest in learning more about privatization."
In recent weeks, a tenant — also with a Westhampton address — named Jerry Hackman has been leaving numerous flyers on doors and in mailboxes, according to one resident, who shared a copy of a missive here (click on the image below for more detail) ... 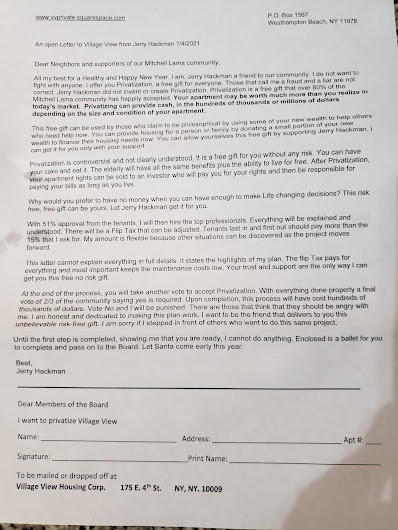 The message includes the claim that privatization is a "free gift for you without any risk." The letter ends with a promise: "Let Santa come early this year."
The resident who shared the above flyer described the message as "disgusting." The resident elaborated:

"We cannot close the path for others to affordable Mitchell-Lama housing, however rare this path remains. I hope neighbors are aware and talk to folks they know at Village View about the importance of preserving affordable housing in NYC, now more than ever."