Celebrating the life of Billy the Artist today 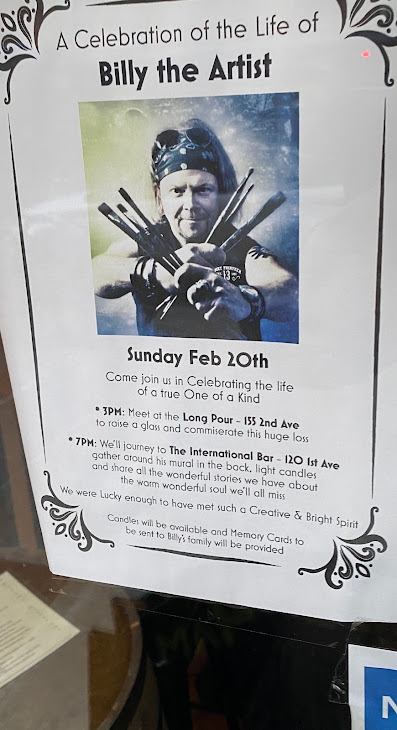 East Village-based resident Billy Miller — aka Billy the Artist — died last month of cancer.
Today, his friends celebrate his life and creative spirit... starting at 3 p.m. at the Long Pour (ex Thirsty Scholar) at 155 Second Ave. between Ninth Street and 10th Street.
Around 7, attendees will venture down to one of his favorite places, the International at 102 First Ave. at Sixth Street. (Billy painted the curbside structure there as well as the mural in the back garden.)
Meanwhile, someone put up this memorial on Second Avenue between Fifth Street and Sixth Street ... not too far away from the building he called home for many years... 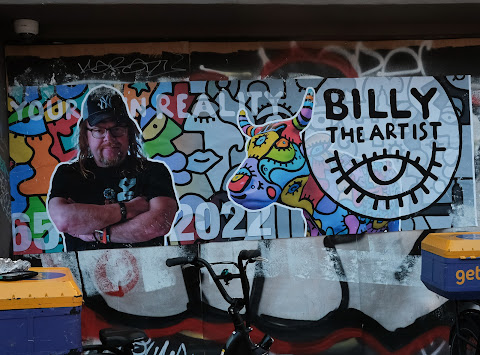 Top photo by Steven; tribute pic by Derek Berg.
Grieve at 8:00 AM
Share