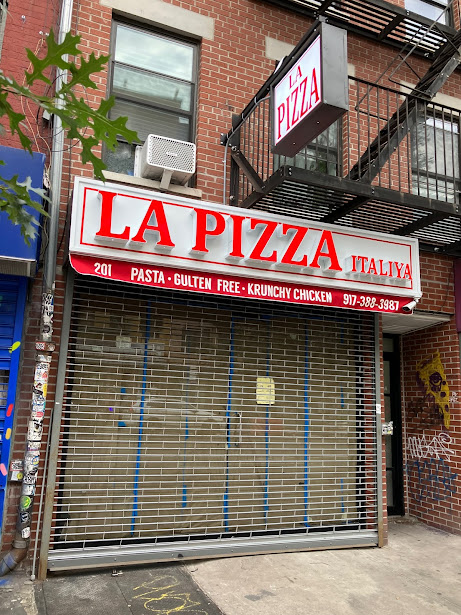 Signage is up for La Pizza Italiya at 201 Avenue A between 12th Street and 13th Street.
The awning notes Pasta, Gluten Free and "Krunchy Chicken." (Quotes ours!)
La Pizza takes over for Baker's Pizza. Some recent history there: A "Permanently Closed RIP" message was posted atop the pizzeria's website in January. However, several weeks later, the pizzeria reopened (though not by original owner Jordan Baker). BPII didn't last, though, long as the gates came down and a closed/Department of Health notice arrived on the door dated March 31. A for-rent sign arrived in the summer.
Baker's arrived in February 2016 and quickly built a fervent fanbase.
No word yet on an opening date for La Pizza Italiya.
Grieve at 5:01 AM
Share