Where to watch the David Bowie documentary 'Moonage Daydream' locally 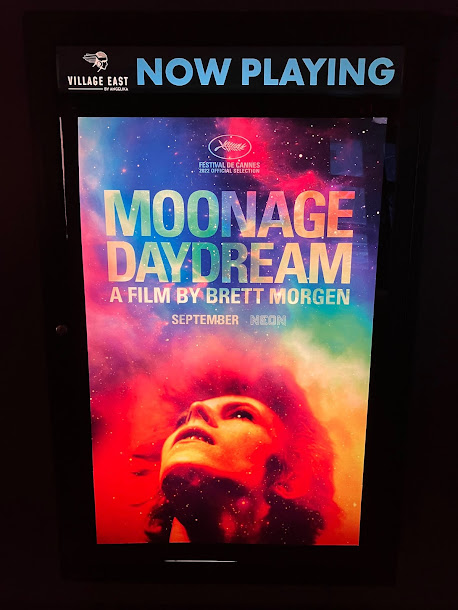 "Moonage Daydream" is an explosive mixture of previously unreleased archival footage of Bowie and live concert footage. It is also the first documentary about David Bowie to be authorized by his estate. The film had its world premiere at the 2022 Cannes Film Festival where it received mostly positive reviews, with critics praising the film for its experimental, unconventional structure.

Morgen received exclusive permission from the Bowie Estate to develop the film, the first filmmaker to receive such massive exposure to Bowie's huge litany of work. Morgen was granted unprecedented access to five million items belonging to Bowie, including paintings, drawings, recordings, photographs, films and journals.

Bowie, a longtime resident of Lafayette Street, died in January 2016.
Grieve at 8:45 AM
Share