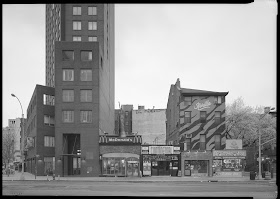 What started as visual stimulus for Friedberg, a photographer and 30-year-resident of the East Village, became a project about six months later as he set out to take photos of every single-story building in the neighborhood.

Starting tonight, Friedberg's work can be seen in a new exhibit titled "Single-Story Project" at the Center for Architecture.

Here's more about the project:

He noticed how quickly these most humble structures were disappearing, a reflection of the rapid development and gentrification of the neighborhood. He completed the project this past fall, and over the course of the documentation many of the buildings have already disappeared or will soon be demolished.

In order to capture the buildings unobstructed, Friedberg mostly shot very early in the morning before cars and trucks obstructed the street-level views. In the process, he got to know many of the people who own or work in these buildings.

In so doing, he came to understand that not only were the buildings being sold, but an entire primarily working-class economy (workshops, garages, fast-food joints) and culture (storefront churches and community centers) was disappearing. Friedberg’s Single-Story Project forms an alternative geography of changing city and captures an urban erasure happening right before our eyes. 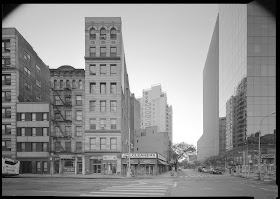 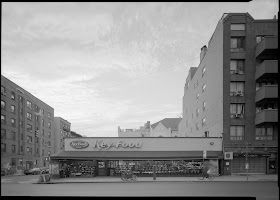 The exhibit, featuring 54 prints from his series, will be on display through Feb. 29. The Center for Architecture is at 536 LaGuardia Place between West Third Street and Bleecker Street. The opening is tonight from 6-8.

The galleries will be closed from Nov. 27 at 5 p.m. through Dec. 1 in honor of Thanksgiving.

Also, if you're on Instagram, you can follow Friedberg here. All photos courtesy of Friedberg.
Grieve at 4:35 AM