What would Hilly think? Let's ask his son 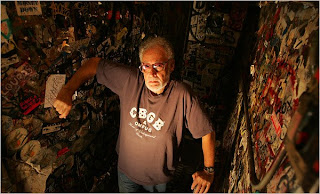 Page Six Magazine, which is FREE every Sunday in the New York Post (even though you pay $1 for the paper), has a feature this week titled "New kids on the Bowery." As the sub-head says, it's "a look at the next generation of gentrifiers descending on what was once Manhattan's seediest strip." The Post highlights eight of the new people and places taking over the Bowery, and gets Dana Kristal, son of CBGB founder Hilly Kristal, who died last August, to say whether he thinks his father would approve of the new venture/person.

Oh, none of the content from the magazine is ever online, oddly enough. And I don't have a scanner...so just a few highlights:

Designer Rogan Gregory, who's opening a shop at the old Bouwerie Lane Theatre space this spring. Would Hilly approve? "It's an insult to have upper-crust stores next to shelters," Dana told the Post. So. No.

Extra Place, the incoming pedestrian mall in the old alley behind CBGB. Would Hilly approve? "My father was planning to take CBGB to Vegas before he died," Dana said. "He'd braced himself for this kind of change."

The new rock-type bar Bowery Electric. Would Hilly approve? Yes! "A place like this improves the area. These musicians can rebel against the rich people."

That socialite guy who calls himself Izzy Gold, aka Francesco Civetta. (The Post describes him an "artist-DJ-designer" who has become "one of the 'new' Bowery's most vocal self-appointed representatives.")
Dana? "People with money are making all these changes without asking for a consensus from the majority."

The Morrison Hotel Gallery. Would Hilly approve? "Artists can still be pretentious, but a gallery is more authentic to the vibe of the neighborhood," Dana said.

If you want the rest, get your FREE copy of Page Six Magazine today in the New York Post for only $1!

P.S.
I missed the news that Nicole Richie and that guy she's with from some band bought a "simple" 1,000-square-foot pied-à-terre at 199 Bowery (NoLita Place) for $1 million. 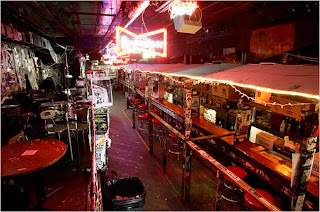