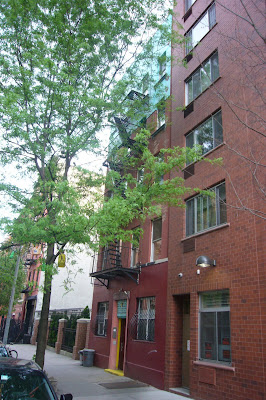 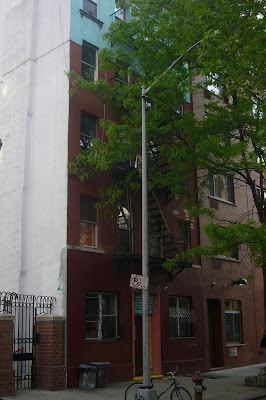 Bullet Space, an artists' collective and gallery on Third Street between Avenue C and Avenue D, is the first of the 11 former LES squats to be turned over to its residents. A source at the Urban Homesteading Assistance Board (UHAB), the nonprofit that has acted as a liaison between the tenants and the city throughout the renovation process of the former LES squats, confirmed the transfer yesterday afternoon.

According to the UHAB source: Bullet Space "has officially had its permanent loan closed, and transferred into the name of Bullet Space H.D.F.C."

As the UHAB source explained, "Bullet Space officially owns the building." For the time being, UHAB executives will remain on their board. However, as soon as Bullet Space residents hold their first shareholder meeting and vote in replacement members, they will be the operating owners of their building. "It's at that first vote when we distribute shares, and it's expected they will do that in a week or two," according to the UHAB source.

The Umbrella House on Avenue C is the next former squat expected to be converted to a co-op for the residents in the coming weeks.

The Villager provides some background on what has taken place in recent years with the former squats. In the Dec. 31-Jan. 6, 2009 issue, several residents of the former LES squats expressed their unhappiness over how long it has taken the city to finalize the plans to bring the buildings up to code and turn the units into affordable housing. Some homesteaders are upset that the renovations were financed with what they call unfair loans that have saddled them with debt. According to the article, titled "Former squats are worth lots, but residents can’t cash in":

“We should have closed this three years ago,” the Bullet Space resident said. “So much red tape, so much mismanagement. … Our building regrets cutting a deal with UHAB. We feel we’re being used and abused. We feel we could have done it for one-third the cost.”

For example, he said, UHAB hired a construction manager at a salary of $70,000, but the squatters wound up doing “90 percent of his job.”

Harry Kresky, an attorney representing Bullet Space, declined comment on whether the squat will sue the city and UHAB.

In that same article, Andy Reicher, UHAB’s executive director, said "the former squatters’ complaints about the renovations’ slowness and the mounting debt are 'not totally incorrect.'"

Said Reicher: "It’s been frustrating. … But in the end, what’s going to result is affordable, limited-equity co-ops."

Also, the article noted that under what is known as Article XI, the former squats will not pay property taxes for 40 years. That exemption was always part of the plan, and will save the residents thousands of dollars in taxes, Reicher said.

According to the East Village History Project, squatters moved into the condemned building, which previously housed a baptist church, at 292 E. Third St., in 1985. (I've seen other sources list 1982 and 1986 for the takeover date.) It was originally known as 6 o'clock. The building was once owned by noted slumlord Henry J. Shapolsky, who had the building seized by the city for nonpayment of taxes.

The Bullet Space Web site provides more on the various projects created by the collective through the years...foremost on the list, "The Your House Is Mine" collaboration -- a 19 x 25, 16-pound book.

The following photos and captions are from the Bullet Space site as well: 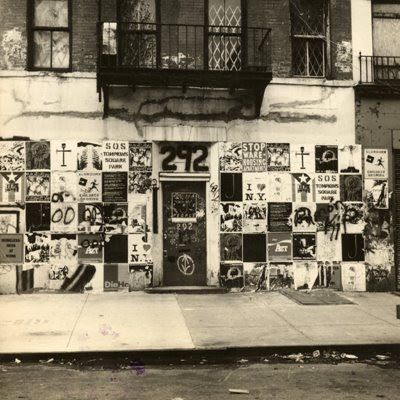 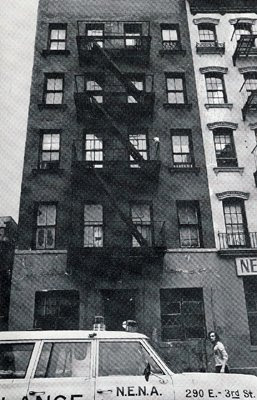 For further reading on the former LES squats:
What's happening at the Umbrella House? (EV Grieve)

In Images, the Lower East Side of Starker Days (The New York Times)

Oh, those pictures. The neighborhood I once loved so much.

Yey! I am so happy for Bullet Space! Finally!

I hope all the other buildings follow suit. The alternative is pretty scary. Maybe it ain't perfect, but it ain't bad either.