Is the Bowery and First Street next to blow?

I'm not one for cheap scare tactics. But. STAY AWAY FROM THIS BLOCK! RUN! RUN!

Anyway, I didn't think much of this at the time. While walking on First Street toward the Bowery in the flurries howling blizzard that nearly crippled the Eastern Seaboard Wednesday afternoon, I saw six fire trucks roar up to just across the street from the Bowery Avalon Condo Building Thing. 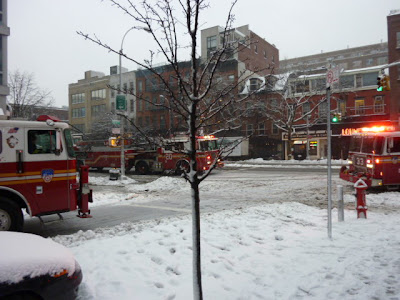 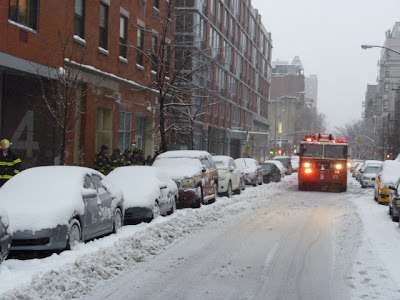 No one looked particularly alarmed. The firefighters stood around a little bit. There was talk of a live wire and the salt on the street causing some sort of problem or something. The firefighters then cordoned off these two vehicles, that were apparently on top of some hot spot under the street. Then they left. Someone standing there watching was like, "That's it?" Someone else said, "That's all they can do for now until ConEd arrives." 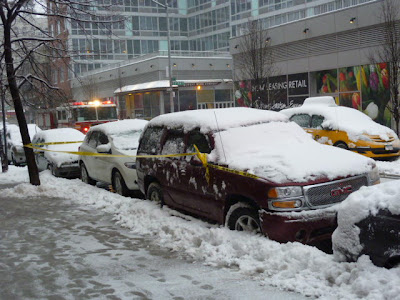 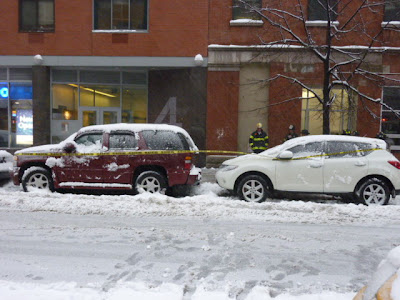 Given the recent fires/explosions on Greenwich Avenue and Sixth Avenue, I haven't been back this way.

My counsel: When you go to the Mars Bar later, please approach via Second Avenue. I'll be this guy by the door. 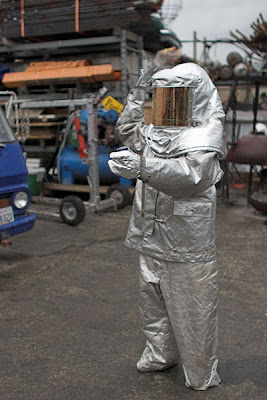 And can I pee in this thing?

There was also this: http://www.myfoxny.com/dpp/news/local_news/nyc/explosion-in-Manhattan-100211 and also Christopher Street at 7th Ave was blocked off this morning with a bunch of fire trucks. Plus, someone was zapped by some electricity coming from the ground on Morton Street a couple days ago. My opinion? The Apocolypse.

Every year, the amount of salt they throw down per each snowfall gets greater and greater.
The high concentration soup destroys everything it touches. millions and millions of dollars wasted.
It's the NYC way.