So you might probably know this spot on East First Street between First Avenue and Second Avenue... 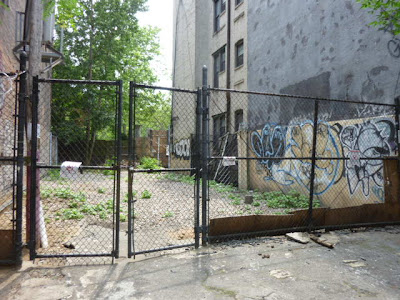 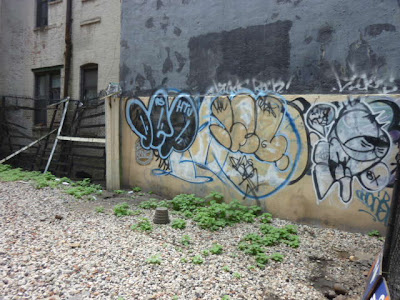 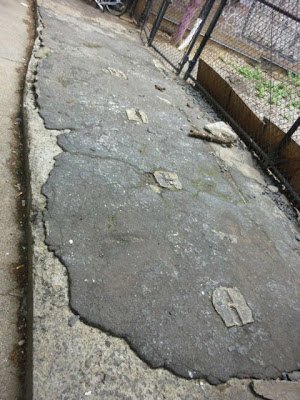 Now some local residents have gotten together to try to save this derelict lot, owned by the Department of Parks and Recreation.

Here's some history via the organizers, First Street Green:

"For years -- back when the laws in New York were a little less rigidly enforced -- a block resident named Mattie made sculpture installations there, and he'd let neighborhood kids in to play basketball. Since Mattie's death, the rat population has exploded and the pavement is riddled with burrows. The only purposes it serves these days are to skeeve block residents and to horrify the block's restaurant patrons (which might be amusing, but their horrified screams are obnoxiously loud). First Street Green (a group that includes block residents, artists, and others) has tried going through the proper channels to develop the lot into a simple sculpture park, with no success: Parks funds are nonexistent (Parks leaves rat poison once a month, and that's about it); the City isn't interested in setting aside money to develop it into a park because of its low profile; it can't become a resident-run Greenthumb garden because it's owned by the Department of Parks and Recreation. So we have two choices: It can stay like this forever, or we can raise the money ourselves to develop it."

So that's what the "First Growth benefit show" is doing tonight from 6-9 at 35 E. First St. (This is in the empty storefront in the building next to the lot/park.)

"Come and brows, buy and admire the works of local artists with all moneys to benefit the rebuilding of the First Street Green park. Refreshments and wine provided from surrounding businesses will be served. This show will also feature a series of masonite 'rats' created and donated by the Lower Eastside Girls Club."

First Growth's goal is to remove the rubble and create a simple-to-maintain garden and cultural space. Click on the image below for more on the plans. 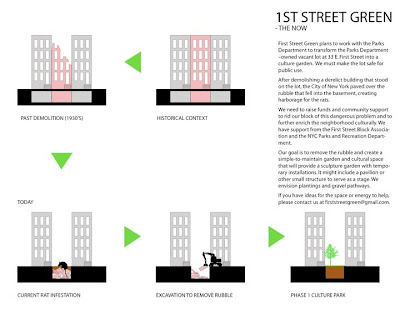 that lot is terribly rat-infested.

I was swarmed by rats here about a year ago and haven't been back.

Does anyone know what happened to the wood carving of Malcolm X that used to be here? I have a pic of it here:
http://www.flickr.com/photos/goggla/160445459/

There's going to be a rat stampede straight to the Mars Bar when they excavate that lot. I'd love to be on hand to watch, on stilts at least.

I remember there being a big wooden sculpture in that lot, just behind the fence on the east side of the lot. Was the demolition in the 30s? I wonder what sorts of interesting things might be down there.

That's it -- the sculpture of Malcolm X. I think it's been gone a while.

That Malcolm X sculpture was made by a resident at 35-- the Department of Sanitation came and cleared the lot out at one point, but the owner of the gallery across the street rescued it from a landfill grave. It's in the gallery's backyard now.

The benefit went great, by the way. We made some sales and everyone seemed to have a good time. Show will be up for a few weeks, so anyone who wants to can come and have a look. Thanks for the post, E.V.