There goes the Mecca of Hair 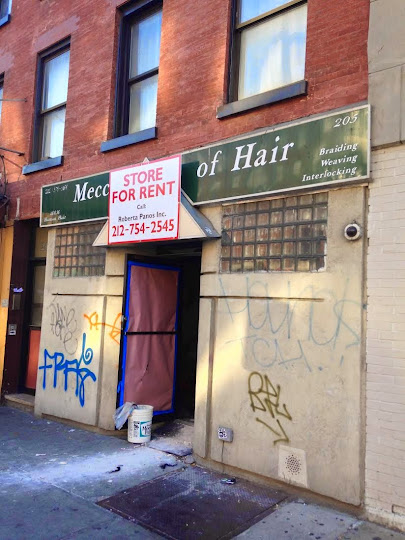 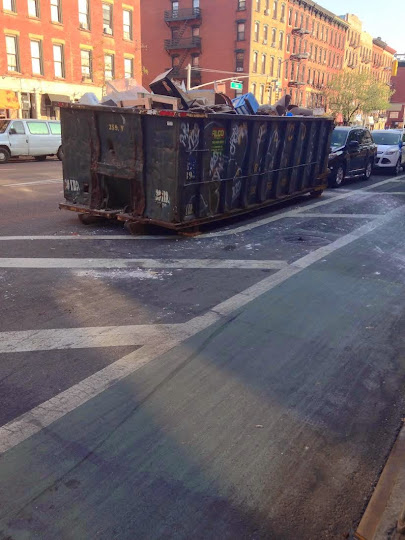 Not sure exactly when they closed (with that cinderblock storefront, they never looked all that open).

But the place had fans. The Village Voice named them "Best Place to Get Hair Extensions" in 2013, noting: "The East Village's Lugo's Hair Center, which specializes in extensions and wigs, provides beautiful … manes made specifically for you. The process is long and taxing, but well worth it (they don't call themselves the 'mecca of hair' for nothing)."

The business, which apparently opened in 1976, still has a Brooklyn outpost.
Posted by Grieve at 4:30 AM

Email ThisBlogThis!Share to TwitterShare to FacebookShare to Pinterest
Labels: First Avenue, the Mecca of Hair

walked by this place a million times and always wondered what was up, now I and other non-weave wanting people know.

They moved to 33rd st between 3rd and Lexington ave

I live on this block and have never seen the door open for the last ten years... This place creeped me out... Looks like a funeral home

Hello ladies there is Great News the ex employers of Lugo Hair center have opened a
new business that will serve your hair needs Hair By Eva located at 3403 Church Ave
Brooklyn Ny Here we will sell your favorite hair extensions at Great prices here we
are selling the best you can get in European straight,relaxed,perm,kinky and much more.
Here you will have experience Hackers who have worked In this type of business for many
years and are experts with hair.We can't wait to see you ladies there.Fluent in English,Spanish,Creole and French.We are at
3403 Church Avenue Brooklyn Ny 11203 Phone number 718-576-6033 or 718-576-6032

Where are u located now..I've been looking for you guys