Avenue A bank-branch free for the moment with Santander's closure 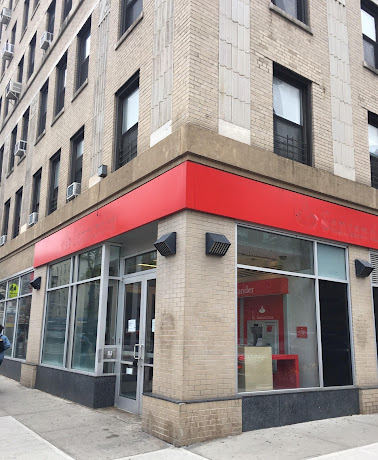 This Santander outpost closed on Friday here on Avenue A at Fourth Street. Workers had removed the signage by the end of the business day.

A letter to Santander customers in January explained that the bank was consolidating this branch with the one at 841 Broadway.

This departure makes Avenue A bank-branch-less for now. The Chase closed at Second Street in November 2015 ... while the Citi shut down between Third Street and Fourth Street in January 2017. Both of those spaces remain on the rental market.

Previously on EV Grieve:
Reader report: Santander branch closing in April on Avenue A
Posted by Grieve at 4:09 AM