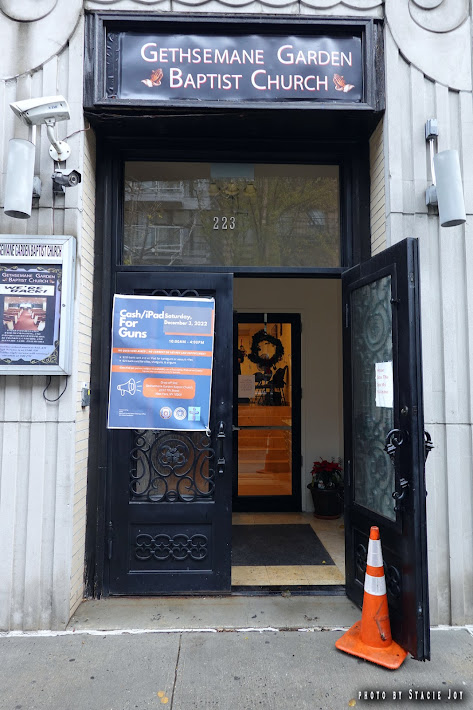 Photos and reporting by Stacie Joy
The Manhattan District Attorney's office hosted a gun buyback on Saturday that yielded 16 firearms.
The event occurred at Gethsemane Garden Baptist Church on Seventh Street between Avenue B and Avenue C. Participants could receive a $200 bank card and an iPad for handguns or assault rifles; a $25 bank card for rifles, shotguns or airguns — and no questions asked. 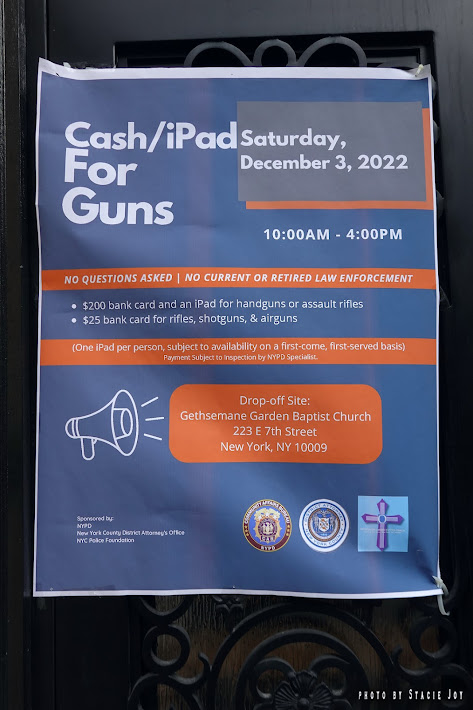 The guns exchanged — after an inspection — featured 10 semiautomatic weapons, five revolvers and one derringer. Officials said that more than 25% of the semiautomatic weapons were "defaced" with the serial number obscured.
"Every gun off the streets is potentially a life saved," Manhattan DA Alvin Bragg said after the exchange. 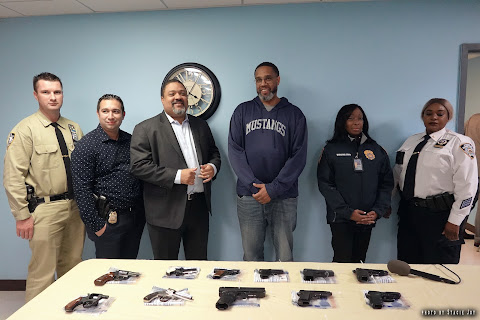 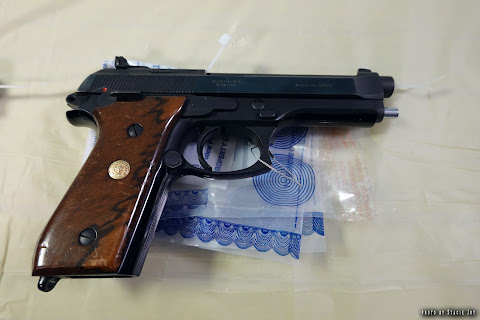 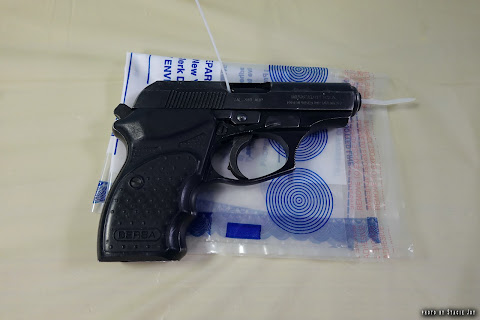 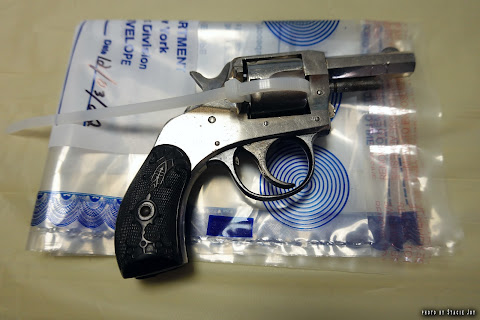 This was the third buyback event this year for Bragg's office. (A buyback session in Harlem this past June yielded 78 firearms; another in Inwood brought in 42.) Bragg said this is part of a larger initiative to get guns off the streets, including anti-gun trafficking initiatives.
Bragg was also later joined by State Sen. Brad Hoylman and Assemblymember Harvey Epstein, who said they were pleased to partner with the DA's office and the efforts to create safer streets. 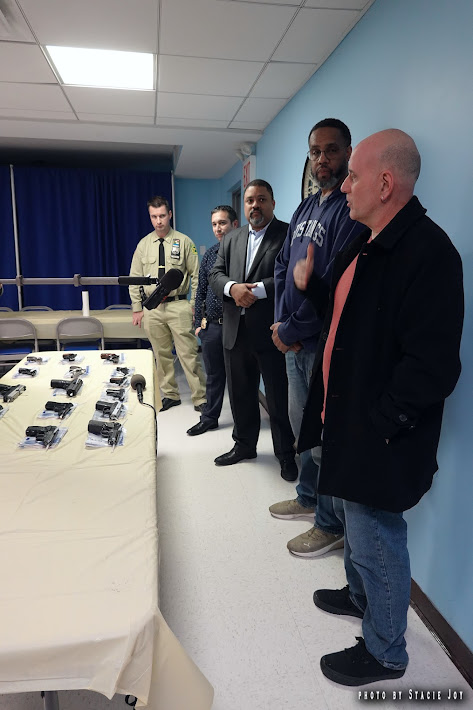 What happens to the retrieved guns? In australia they were destroyed.

I wish they had a buyback for knives. I have a few extra knives in my kitchen that I would love to get two hundred bucks a piece for.

@Anonymous 9:55 am, as per law enforcement, these weapons are destroyed in an unspecified manner.

Good. We need more of this.

A family member was killed by a gun that was in the house. If that gun had not been there, our family would not have been destroyed.