Sacco has apparently gone out of business on 11th Street 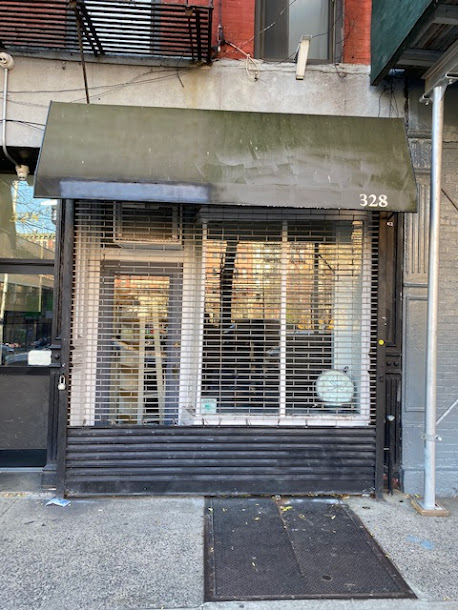 Sacco's short time at 328 E. 11th St. between First Avenue and Second Avenue has apparently ended.
The specialty shop has been closed since earlier this fall... Yelp and Google both list this as a closure.
Sacco's, which debuted in June, offered house-made sandwiches, a frittata of the day, fresh bread, and other grocery staples.
It was a nice spot... and there was some local history. Proprietor Vincent Caprio told us that the place was named after his grandfather, who had a butcher shop back in 1900 on the same block.
Thanks to Steven for the photo.
Posted by Grieve at 5:00 AM

I wanted to try this place - I tried going three times for lunch and it was never open.