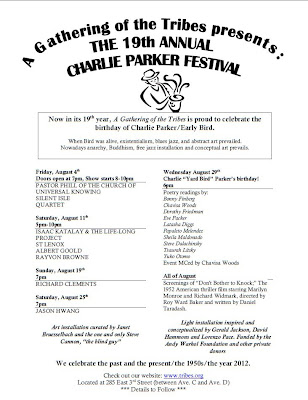 Meanwhile, the East Village portion of the Charlie Parker Jazz Festival is Sunday, Aug. 26. More details to follow...
Posted by Grieve at 6:14 AM No comments:

Email ThisBlogThis!Share to TwitterShare to FacebookShare to Pinterest
Labels: A Gathering of Tribes, Charlie Parker

Oh, well, the headline is pretty much the whole post. This information comes via Brooklyn Vegan.

Sure would be a lot easier with a permanent bandshell 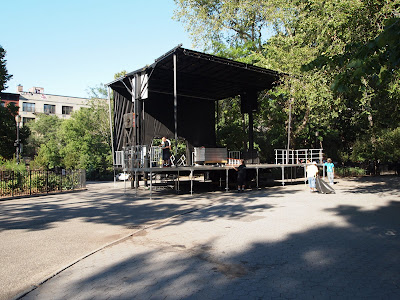 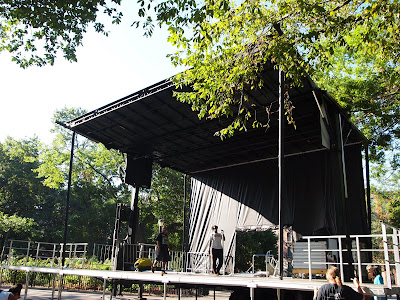 Workers setting up a stage this morning in Tompkins Square Park for the Charlie Parker Festival this afternoon.

Previously on EV Grieve:
Tompkins Square Park is way past due for a new bandshell
Posted by Grieve at 11:16 AM No comments:

This was the scene in front on the Charlie Parker Residence on Avenue B three weeks back... 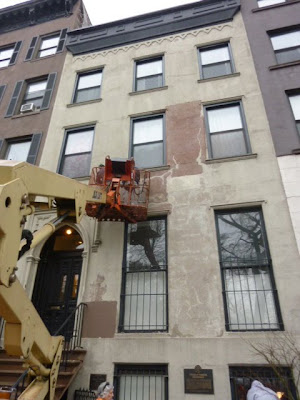 ...and now it looks as if the exterior work is nearly complete. 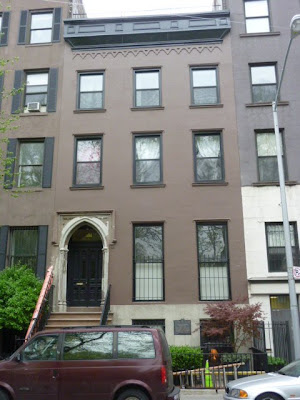 And as the house looked before... 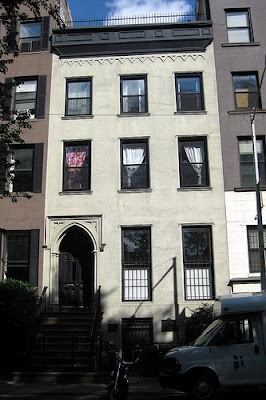 [Bottom photo via WallyG at Flickr]
Posted by Grieve at 6:40 AM No comments:

Email ThisBlogThis!Share to TwitterShare to FacebookShare to Pinterest
Labels: Avenue B, Charlie Parker

The Charlie Parker Residence getting jazzed up

Anyway, over on Avenue B near 10th Street, workers yesterday began chipping away at the exterior of the onetime residence of Charlie Parker... Not quite sure exactly of the extent of the work just yet... 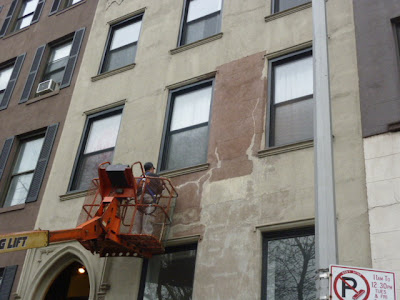 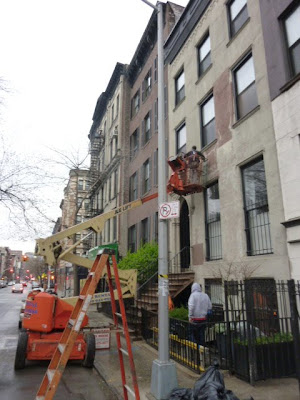 By the way, apartments in this building hit the market every so often... they run upwards of $4,000 per month.
Posted by Grieve at 6:54 AM No comments:

Email ThisBlogThis!Share to TwitterShare to FacebookShare to Pinterest
Labels: Avenue B, Charlie Parker 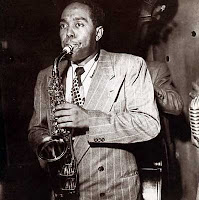 The Charlie Parker Jazz Festival takes place at 3 this afternoon in Tompkins Square Park. Details here.
Posted by Grieve at 9:34 AM No comments: