OK, this has nothing to do with Sophie's necessarily, but stories like this are occurring all-too-often as the East Village continues to attract more Duane Reades, bank branches, soulless, overpriced condos and co-ops, and trust-funded douchebags. On the wan: community spirit, a sense of a neighborhood, which Sophie's and Mona's supplies.

The Villager has the story this week on 75-year-old Angelo Fontana who has been repairing shoes in the East Village for 40 years. His shoe repair shop is at 159 Second Avenue at the southwest bend of Stuyvesant Street.

As the paper sadly reports:

But his lease expires at the end of December, and the landlord wants to up the rent from an already-steep $4,000 a month from a raise just nine months ago to an unworkable $5,500 per month. So Fontana will be forced into “early” retirement, a prospect that he does not relish.
“I would like to stay another 10 years, well maybe five years,” he stated. “I’m used to working all my life. I don’t want to stop now. I don’t know what I’ll do. I’m not the kind of person who sits and watches TV all day. I like to be active,” he said.
If he could, he would find another shop in the area because he loves the neighborhood, but rents everywhere are sky-high.
“Soon there won’t be any professionals left,” he predicted. “No more shoemakers, tailors — all gone. People now don’t know nothing,” he declared.
Posted by Grieve at 2:13 PM 1 comment: 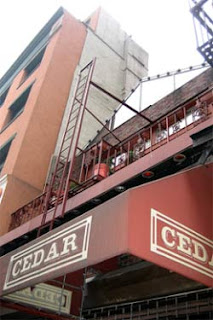 Well, we didn't have much hope of the Cedar Tavern on University returning after it closed for "renovations" or whatever back in December 2006. Anyway, The Real Deal has an article today on the former haunt that attracted the likes of Jackson Pollock, Willem de Kooning and Jack Kerouac.

"Cedar is past. Cedar is history. It means something to me. It doesn't mean something to the next generation," co-owner Michael Diliberto said.

Ugh. We had many great times at the Cedar. It wasn't a dive bar in the tradition of Sophie's, but, despite the tourists, there was a similar community spirit. (And we loved Bernie the bartender.) Meanwhile, every day, Manhattan dies a little bit more. Do we really need more condos in the city starting at $1.7 million?

Bonus fun fact: According to Bob Spitz's Dylan: A Biography, D.A. Pennebaker, Dylan, and Bobby Neuwirth met to plan the shooting of Don't Look Back in the Cedar Tavern.
Posted by Grieve at 2:51 PM No comments:

"Read it and weep friends" 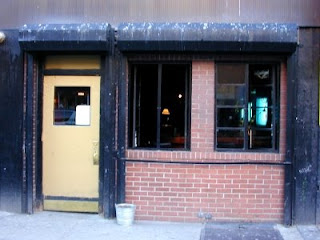 Since we learned about the possible sale of Sophie's and Mona's, we've been trolling around the blogosphere finding what's being said. Here's a lovely sentiment from The Vault of Buncheness posted Dec. 20:

My dear friend Deena just sent me devastating news about the east village. Most of us know that the East Village ain't what it used to be. That hideous looking condo across the street from the cube on Astor Place sums it up. However, I did not lose faith. Losing Coney Island High was a big blow. Then Kim's Video stores began to dwindle. But even when CBGBs closed its doors, I did not lose faith. When my favorite diner, Polonia, on first Avenue and 7th began to raise its prices after undergoing a fancy rennovation, I did not lose faith. Starbucks, Subway restaurants and smoothie stores are now everywhere. Vinyl stores and vintage clothing stores turned into nail salons and cafes. Tower Records and video are long gone. Sounds Records turned into a tattoo parlour. St. Mark's Place is unrecognizable. I won't even get into rent prices. Yet, through it all, I always felt the East Village was still the coolest place for New Yorkers. My dive bar Mona's, where I have a million fond memories, may have tossed that awesome jukebox with the 45 singles, but it still had great music, a cheap pool table, and that cute bartender who always served me free beers who shall remain nameless. ALL of you know how special that black hole is to me. We have had a lot of wonderful times there and at Sophies. But, now, this HURTS more than all of the above. Read it and weep friends...and if this does not motivate us for a long and overdue gathering at our sacred ground, nothing will.
Posted by Grieve at 10:49 AM No comments:

Preliminary thoughts on a tragedy 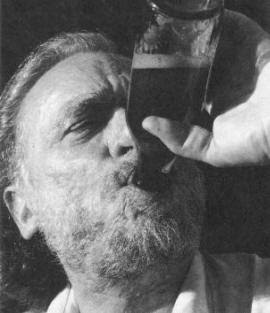 From an e-mail to friends from a Sophie's regular on Dec. 20:

It goes without saying that that item from today's Page Six was badder than bad. Devastating. Tragic. Unjust. And, I hesitate to admit, expected.
I just got back from an extended lunch at the Barrow Street Pub (Tavern? Saloon?) to digest the news, gather intelligence, cope, and curse the moon and stars. After the laughter comes tears. For those about to die, we salute you. Make that a triple.
There's cause for hope, I've been happy to learn. And yet four dollar beers may turn into sixers; flushing toilets may replace the cesspools into which we've all gazed, starry-eyed, on more occasion than one. Time will tell.
For now, I encourage you all to frequent Sophie's with a previously unsurpassed sense of devotion. Raise a glass to all the fucking crazies and lunatics; the gamblers, tall-tale tellers, booze-hounds, stray cats, sports experts, pool sharks, street philosophers, junkheads, and college kids; The nicotine-stained, glass-eyed, trembling, bow-legged, black-lunged, red-eyed, and crinkle-cut; The doughed-down, dunked-up, drowned-out dudes and dudettes who hang out in there. The good people. And Ducky, too.
VIVA LE SOPH!
Posted by Grieve at 1:21 PM 1 comment:

Oddly enough, this is how she met Dermot Mulroney 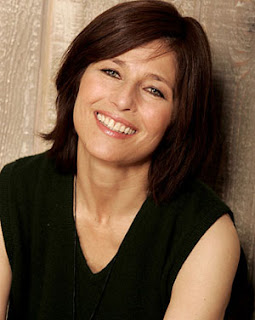 Gawker picked up the Sophie's/Mona's sale item from Page Six. After Hours Editor Joshua David Stein posted the following:
end of an era
Sophie's, that dive bar on E. 5th Street that never carded and where I once made out drunkenly on the pool table with a woman who, at the time, I was convinced was Catherine Keener but in fact was just this girl who lived on the floor below me in my dorm , is closing in the New Year. Boo! [NYP]
Posted by Grieve at 8:09 AM No comments:

Trying to be rational 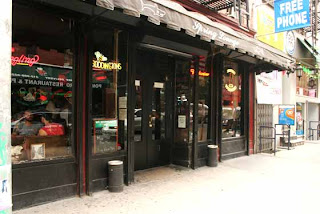 So there have been other fine neighborhoody/divey bars sold that retained some of the original charm...Like the Shark Bar on Spring Street...just got a facelift. (And a lot of new taps...and new, heftier prices). Ditto for the Sinatra Bar (or whatever it's called) on Mulberry...Only difference there is that they got a few flat-panel TVs and started a happy hour. These places only received modest makeovers. Right? Right?
Posted by Grieve at 1:12 PM No comments: 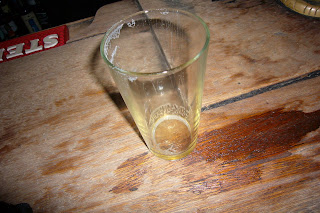 Jeremiah's Vanishing New York is an excellent blog that takes "a bitterly nostalgic look at a city in the process of going extinct." Plenty to be bitter about these days.
He wrote this yesterday:
I am still in shock from this sudden news: Beloved East Village dives Sophie's and Mona's are up for sale! Says the owner of both, "The neighborhood has changed so much...I love both bars, but they're dinosaurs now." This is bad fucking news for the East Village. 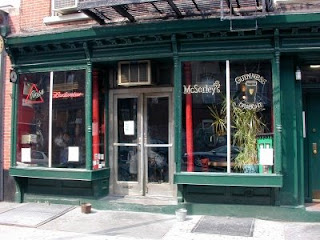 December 20, 2007 -- IT may be the final nail in the shared coffin of East Village dive bars. Two longstanding holes-in-the-wall, Sophie's on East Fifth Street and its sister spot, Mona's on Avenue B, are up for sale. "The neighborhood has changed so much," co-owner Bob Corton told Page Six. "I love both bars, but they're dinosaurs now." Corton plans to sell the low-lit saloons after the holidays. He has run Sophie's, which adopted its name from its original owner, the late Sophie Polny, since 1986. He opened Mona's in '89. Corton assured us he'll stay in the neighborhood but couldn't predict the future of his beloved drink tanks: "Once the places are sold, what happens to them is really out of my hands."
Updated: Sophie's and Mona's are alive and well!
Posted by Grieve at 5:48 PM 17 comments: