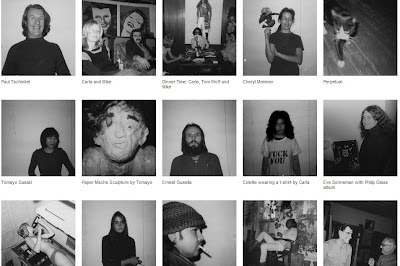 Marc H. Miller enjoys telling stories through pictures, something he has done during his career as an educator, writer, photographer and museum curator.

Late last year, Miller, the founder and director of Ephemera Press, launched 98 Bowery: 1969-1989 — View From the Top Floor. The content-rich Web site is a pictorial account of Miller's life in a 2,000-square-foot loft space at 98 Bowery and of the broader creative community that flourished in the Lower East Side from 1969 to 1989.

As he notes on the site: "'View from the Top Floor'" brings together some of these stories in a chronicle of my life and the creative world I experienced during the 20 years I lived ... at 98 Bowery."

Last spring, Miller was preparing to move to Brooklyn Heights after 20 years of living in Park Slope. In his basement, he found dozens of long-forgotten boxes containing photos and other documents from his years on the Bowery.

A portrait of Miller by Carla Dee Ellis circa 1969 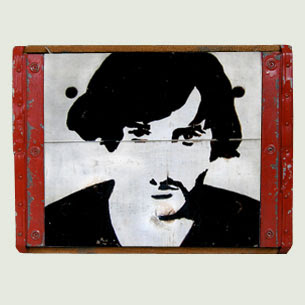 In a Q-and-A with EV Grieve done via e-mail, Miller talks about launching 98Bowery.com, his days on the Bowery and his view of the LES today.

When did the 98 Bowery site launch?

The 98 Bowery Web site just naturally happened. There was all this material about events that had seemed so important in the 1970s and 80s; things that I had totally repressed and forgotten. I just felt compelled to get it out again. Everything about the site — the name, the content, the way it’s organized — was totally clear right from the start. The site really started moving last December when a young Web designer, Haoyan of America, began helping me. It is now about two-thirds complete. It has become a very compulsive thing. I just want to finish it. It has been very liberating.

What originally drew you to living on the Bowery?

In the late 1960s, it was totally impossible to find a place in New York. My friend John Wilmer, who moved to New York from California at the same time I did to study at the School of Visual Arts, found a short sublet at 96 Bowery and heard that 98 was going to be rented out to artists. He was the one who originally signed the lease but it took so long for the landlord Sol Fried to get the place legalized that John gave up and returned to California.

By that time I was living with a painter, Carla Dee Ellis, and we jumped at the chance of getting the loft. We were living in a tiny apartment on Thompson Street. It was all about getting space then. We were from California. Carla grew up in the desert near Palm Springs where her back yard extended all the way to the horizon. But in the end what was really great about the loft was not just the space but that it was our entry point into the art world. 98Bowery.com is about a social network. 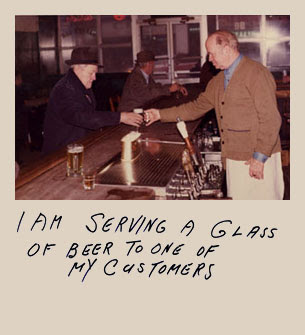 Your site includes a section with photos of Harry Mason, proprietor of Harry's Bar, which was located on the ground floor at 98 Bowery. What is your favorite memory from Harry's Bar?

In the late 1970s my partner Bettie Ringma was working as a tour guide. When the tour buses came down Bowery she always pointed out where we lived and talked about the men on the street. One time, right before Thanksgiving, a German tourist gave her $50 to get a turkey for the patrons of Harry’s Bar. Bettie cooked the turkey and brought it downstairs where it was well-received. We learned though that most of the men at the bar were so far gone physically they could barely eat. Harry’s Bar was not a place that you really want to romanticize. That night when we watched the news on television there was a story about Cardinal O’Connor serving turkey three blocks down at the Bowery Mission. I couldn’t help but feel that Bettie and the German tourist made a better story.

You spent two years in Holland from 1979-1981. Was there a noticeable difference to the Bowery upon your return?

When we returned in 1981 the whole East Village thing was beginning to happen. It was sort of like a generational switch. All of the young artists who were on the outside in the late 1970s were suddenly taking over and being imitated. Those were exciting but also frustrating times. The scene was exploding but it was also being defined by newcomers and distorted in all sorts of unexpected ways.

I recently saw an issue of the East Village Eye from around 1982 with a cartoon cover about the death of Punk Magazine by John Holmstrom, one of the magazine’s founders. The cartoon showed John and his cohort Legs McNeil sitting on a street corner looking depressed in their late-70s-style black leather jackets. All around them are people with Mohawks and wild, animal patterned outfits. The caption reads, “Well Legs, I guess we blew it.” During the early 1980s, I became involved with the Lower East Side gallery ABC No Rio, wrote a column for the East Village Eye and did video interviews for a video magazine on art, ART/new york.

Captain Sensible of the Damned with Bettie Ringma at CBGB 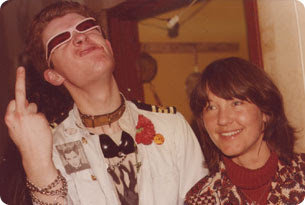 What are your thoughts on the Bowery as you see it today?

[The late] Marcia Tucker was a classmate of mine in graduate school and I’m really glad to see the New Museum grow so large and move to the Bowery. I’m also impressed with Ethan Swan’s Bowery Artist Tribute at the New Museum and the map of Bowery artists they created for the Internet. It was when I started pulling together some pictures and information for that project and was interviewed by Ethan on video about my experiences on the Bowery that I actually began my 98Bowery Web site.

What do you want people who visit 98Bowery.com to take away from the site?

The site is my story and the story of people I knew and worked with. It’s also unavoidably a small lens on the bigger downtown art and music scene in the 1970s and 1980s. During those years, I had no doubt that I was at the heart of the action, and I want people to see things as I experienced them. History can be very selective but it can also be nudged along by good story telling. That’s what I try to do with the site. Some of the events and some of the people are fairly well-known. Others are less so. Hopefully the site will give people a bigger picture of those years.

I’m also hopeful that the site will give people a fuller picture of who I am. I’ve lived a varied life. At various times I’ve been an art historian, conceptual artist, photographer, newspaper columnist, magazine journalist, video art interviewer, museum curator and publisher. People usually know me through just one of those identities and those that do know me through multiple identities usually don’t fully understand how they connect. 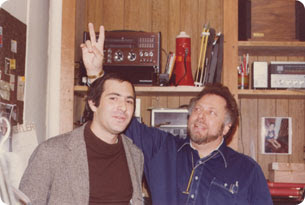 Great reading. Thanks for the heads up on this.

Thanks... I appreciate Marc doing this.

One thing I didn't mention in the post... 98 Bowery is between Hester and Grand -- for anyone trying to place it. The Congee restaurant is on the ground floor.

ditto on the thanks. i was happy for the link -- and then came the interview!

nicely done. Nick Denton should hire you (then fire you, much like Balk, Sicha, Sheila...) (or quit like Gould and Jessica Coen...).

Definitely better than the "journalism" at the Gothamist.