'CHARAS Comes Home For The Holidays' ends with arrests

Today, members of the community as well as Occupy Wall Street came together to mark the 10th anniversary of the eviction of CHARAS (aka El Bohio Community Center) on Ninth Street between Avenue B and Avenue C. (A flyer for the event is here.)

People met at noon... and, led by the Hungry March Band, paraded through Tompkins Square Park for a "holiday party and community potluck" — dubbed "Charas Comes Home For The Holidays" — on Ninth Street. Reverend Billy and the Church of Stop Shopping "Earthalujah" choir were among the performers.

Bobby Williams was along for first leg of the parade... 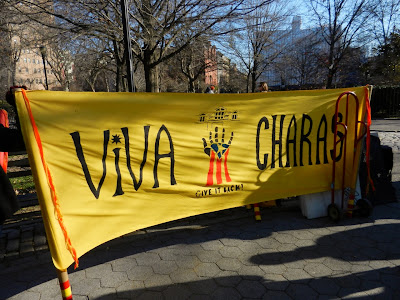 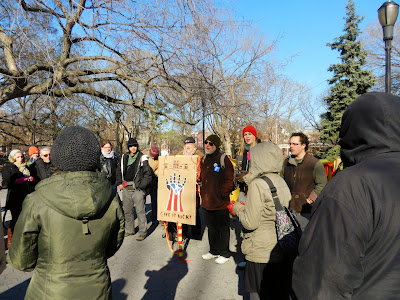 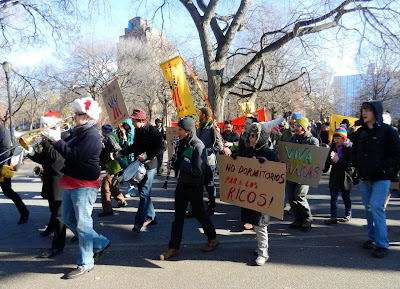 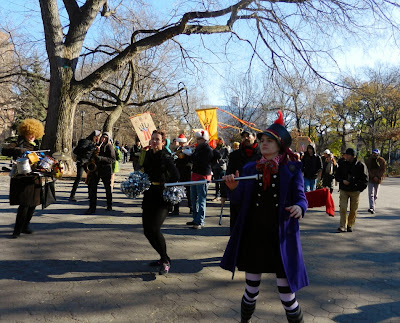 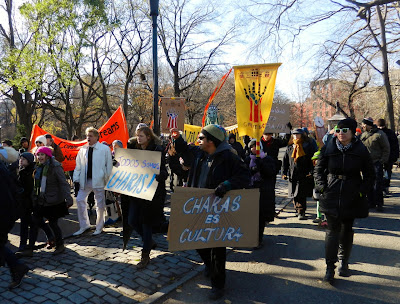 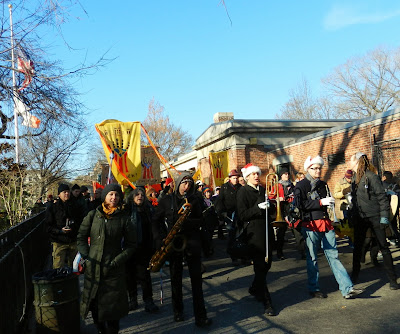 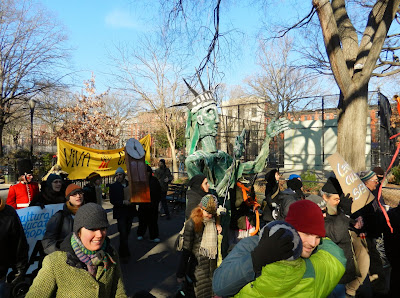 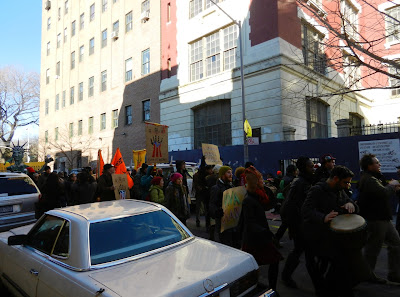 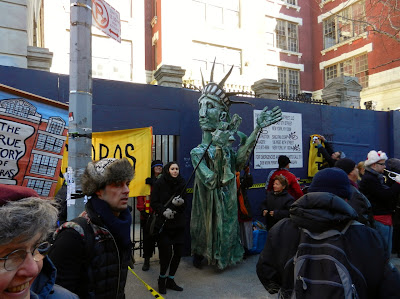 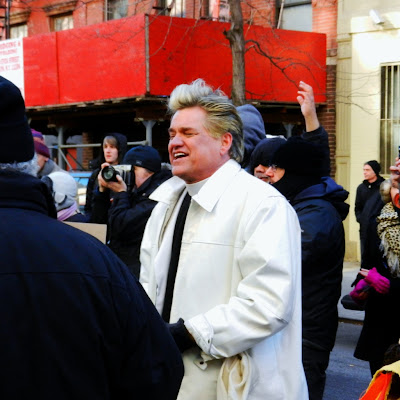 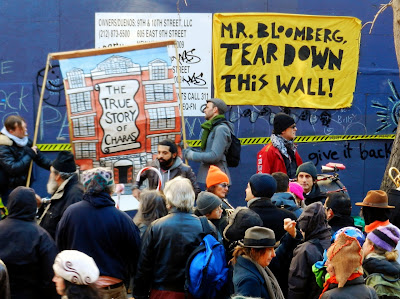 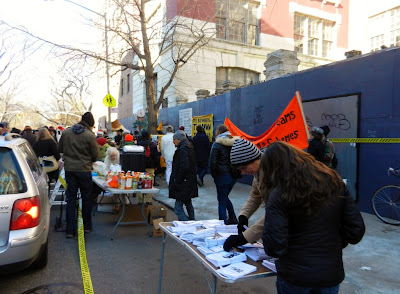 According to The Observer, the NYPD arrested several people on Ninth Street ... As The Observer's Henry Krempels wrote:

As the banging progressively grew louder the New York Police Department became aware of the disruption, dispatching five cars which pulled up only minutes after the drumming began. From then on, they attempted to get the situation under control, resulting in at least three arrests and numerous confrontations. Police at the scene declined to comment on what those arrested were charged with, and as The Observer was leaving one of the arrestees was let out of the car, but remained in handcuffs.

The crowd, who were ushered to the other side of the street, stood on the sidewalk chanting “Viva Charas!” and “Tear it Down!” while officers cleaned up the mess.