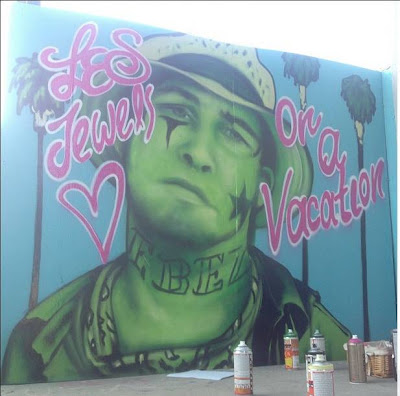 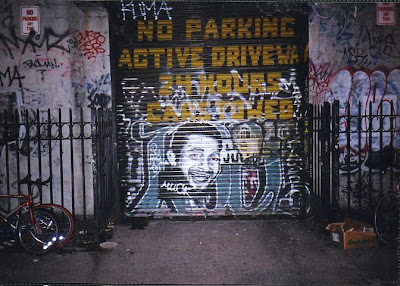 Photos via Facebook courtesy of Jules Muck.
Posted by Grieve at 5:29 AM

The top one is really good. He should have done the mural of Joe Strummer.

7:21AM, except it doesn't really look like Jewels (too handsome and 'together') so no.

Anonymous 10:39,
The Joe Strummer mural doesn't look like Joe Strummer either. Between two non-likenesses, the Jewels one is better.

Jules Muck is a "she" and she does amazing work.

I'm out here in LA LA LAnd - gonna go pay my respect at this later... Thanks, Jules, for bringing something close here for those of us that knew him. We miss you, brother Jewels...