1 business left on this stretch of Avenue C 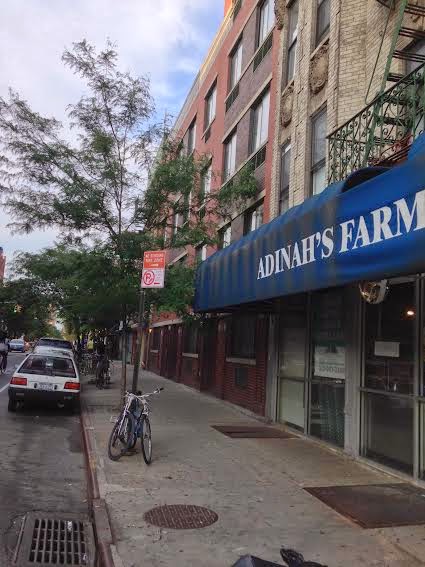 With the market's closure, there is one remaining business on the east side of Avenue C between East Second Street and East Third Street — the liquor store... 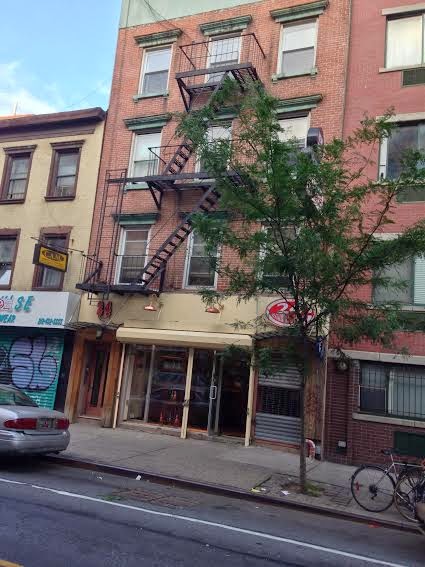 The storefronts to the north remain boarded up. 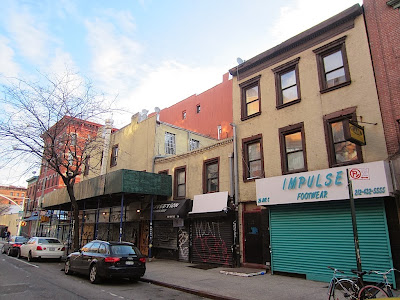 As we've noted, there has been a full vacate order on 32 Avenue C at East Third Street since August 2012 ... the building is in disrepair, and will eventually be demolished ... along with everything to (and including) 26 Avenue C (the former Impulse Footwear).

Previously on EV Grieve:
Concern for 32 Avenue C
Posted by Grieve at 5:22 AM

There begins the developer takeover of Ave C. There are already plenty of frat/sor watering holes further north so more (un)affordable housing should hit this spot soon.

Betting most of those buildings will be torn down so more upscale condos can go in. Bets, anyone?

I live across the street from 32 Ave C. The sooner they demolish it the better. The sidewalk in front is currently a hang out for drunk, very loud degenerates who keep me awake at all hours of the night/early morning. Frequent noise complaints via 311 have done absolutely nothing to help.

The bros will replace the degenerates, and they will be the ones who will keep you awake at all hours in the evening and early morning. But Iguess anon.2:16 pm would prefer them since they're "clean cut".

My guess is it will just sit empty until the city approves something. Of course the bros will eventually live there who else can afford it? The only people in their 20s who can afford to move here are ones will rich parents or the ones who are lawyers bankers etc. Regular folks can't afford to move here and can
only stay because they have affordable apts they never move out of. So you get new buildings for rich foreigners and bros and hedge founders. If you have a rent controlled apt and benefit from the current situation then mybe you shouldn't complain - you got yours right? As long as you got yours then you are part of the system . A system that has led to this horrible situation.

There are 4 types of housing in Manhattan - the projects, the homeless shelters, the rent controlled.apts, and the market rate. Guess what is coming to C? Of course the bros will be there - there is no middle income housing inthis city anymore - they talk about the 2 cities - how about.the.employed lifelong residents.who.pay.taxes? How about something for.the.non rich and.non destitute? Something.to.help.us stay - its insane how.much the city spends.every year