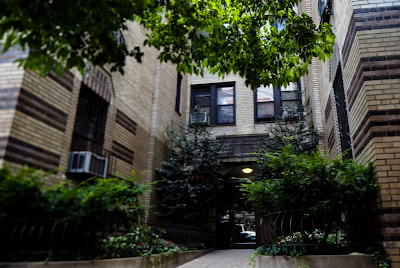 Catching up to some news from last week. A package of buildings dubbed "The East Side Elevator Portfolio" has sold for a reported $126.3 million.

The portfolio features four Upper East Side properties as well as 176 E. Third St., a 48-unit building between Avenue A and Avenue B. According to the Commercial Observer, investors Nader and Lisa Shalom bought the East Third Street building. The asking price had been $38.5 million.

The Shaloms become the third landlord in seven years here. Icon Realty paid $14 million for No. 176 in August 2007, according to public records. Accusations of harassment and buyout offers followed in the year ahead. Here's a passage on the situation from an article in the Post from September 2008:

“They want to buy people out and renovate the apartment, and then they want to flip the building,” said Heather Gradowski, who pays less than $700 a month for her one-bedroom apartment.

Icon flipped the building a few years later. You can read a little more about the building's recent history in the link below.

There's no word on what No. 176 fetched this time around.

aint nothing but carpet baggers

Time to pass a law mandating that if you buy a building you have to hang onto it for a minimum number of years before you can flip it - say, 20. That would knock a lot of the wind out of the real estate bloodsuckers.

I used to live in this building. I feel sorry for the old residents living there now since the new owners have spent so much to buy it they will keep up the terrorist campaign the old owners used to get people out. I am the one that got the Post reporter to cover the story.

Chan Marshall aka Cat Power was my roommate in this building for 5 or 6 years. Her old room should be landmarked.