A memorial for Jonas Mekas outside the Anthology Film Archives 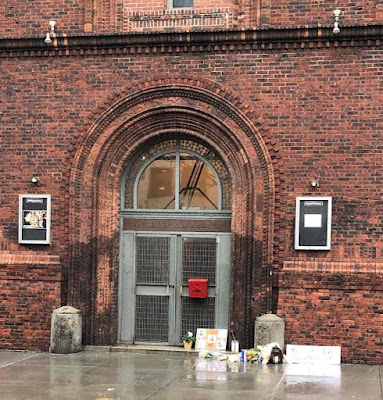 There's a makeshift memorial for Jonas Mekas outside the Anthology Film Archives on Second Street at Second Avenue. Mekas, the filmmaker, writer, poet, curator, historian as well as co-founder of the Anthology, died yesterday morning. He was 96. 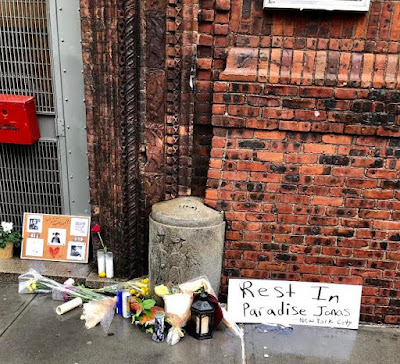 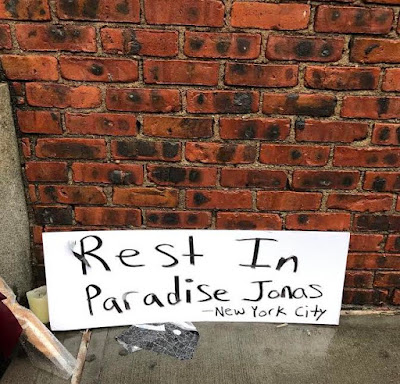 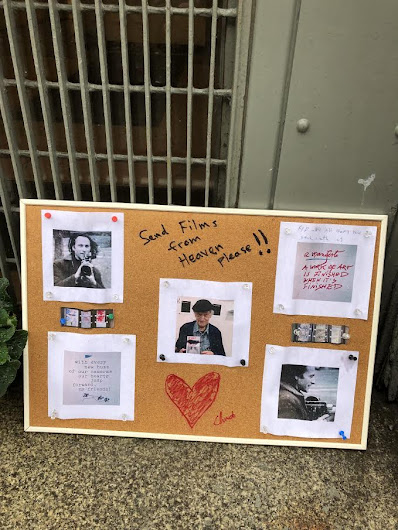 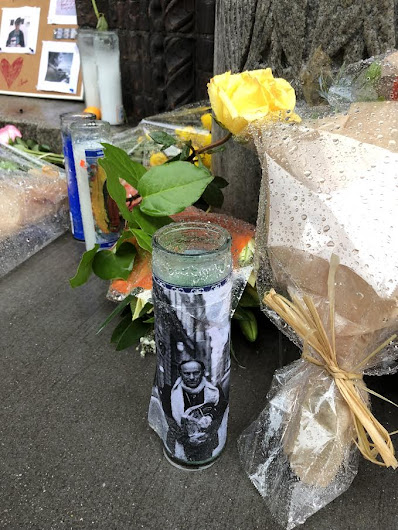 Here are several links for more on Mekas and his impact on cinema...

Jonas Mekas, RIP: Why This 96-Year-Old Legend Was Our Most Important Cinephile (IndieWire)

And among his many, many works... "My Mars Bar Movie," an 87-minute documentary on one of the filmmaker's favorite bars.
Posted by Grieve at 2:30 PM