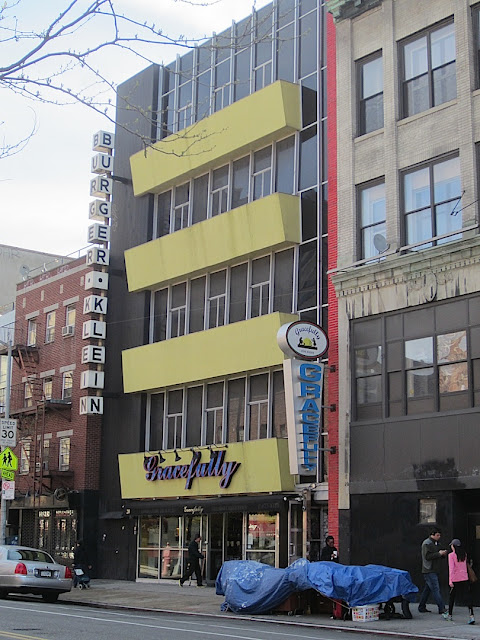 Back in February, a tipster told us that New York Health & Racquet Club is taking over all of the floors above Gracefully on Avenue A near East Second Street... turns out that's not quite accurate. According to documentation (PDF) on file at the CB3 website, the proposed new tenant for the upper floors of 28-30 Avenue is New York Sports Club. 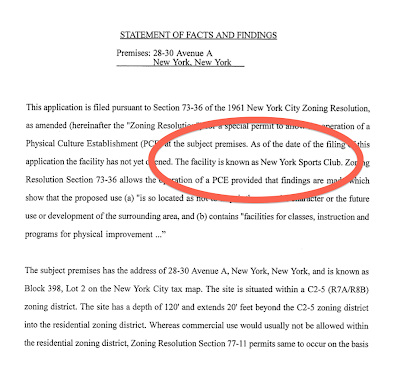 This item is on CB3's Land Use, Zoning, Public and Private Housing Committee docket for May 8, as Serena Solomon pointed out Friday at DNAinfo.

Off the Grid completed a thorough history of the building back in July 2011. The building dates to 1871. And in its early days, it was part of Little Germany, serving as a German ballroom known as Concordia Hall.

Later, per Off the Grid:

The earliest evidence of furniture seller Burger-Klein occupying the building is from 1939.

In 1959, a four-alarm fire destroyed the roof and top floor of the building, resulting in a significant alteration of building’s façade, most likely the face of the building we see today. It is noteworthy that the owners chose to replace what had once been an architecturally significant facade with a mid-century modern wrapping that in its own way and for its own time is as extraordinary as the 19th century face of the building.

The Burger-Klein building’s uniqueness in the streetscape is a big part of what inspires so much curiosity about it.

Maybe the Sports Club will keep the Burger-Klein sign?

Previously on EV Grieve:
RUMOR: New York Health & Racquet Club taking over the space above Gracefully on Avenue A (24 comments)
Posted by Grieve at 6:12 AM 9 comments:

Things better than we think on Wall Street?

Here's a photo of a locked box for members at the New York Sports Club on Wall Street across the street from the New York Stock Exchange. As the photo below sent by a tipster shows, the occupant of this particular box couldn't be bothered with collecting the pennies that were left behind. 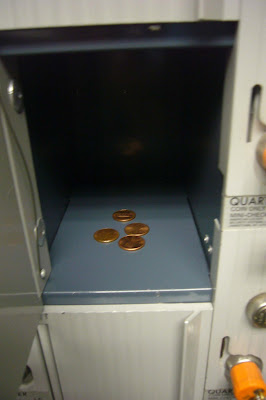