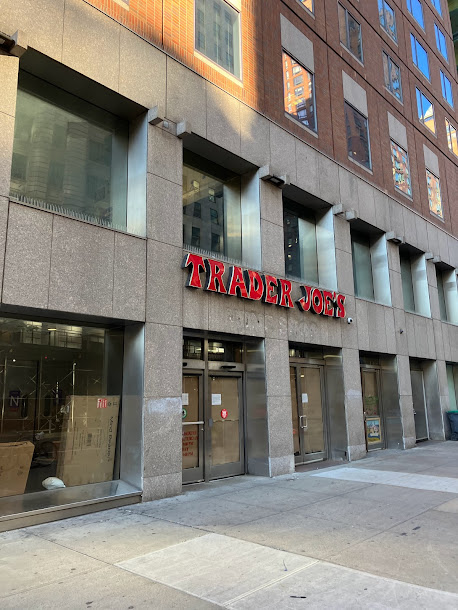 According to published reports from this past week, workers at the Trader Joe's Wine Shop, which abruptly closed on June 11, were making plans to unionize.
Per The Huffington Post:

Workers at the Trader Joe’s Wine Shop ... spent the last four months laying the groundwork to unionize their store. A small organizing committee met regularly to discuss strategy around building support to join the United Food and Commercial Workers union, and they planned to go public with their effort the week of Aug. 15.
But in the early morning hours of Aug. 11, Trader Joe’s abruptly informed them it was closing the popular wine shop, its only one in New York City.

In a statement to Gothamist, a company spokesperson said that its decision to close the store had nothing to do with the unionizing efforts.
A spokesperson called the 15-year-old outpost on 14th Street at Irving Place an "underperforming wine shop."
Meanwhile, the workers, whom Trader Joe's said they would pay through Aug. 28, have launched a petition demanding that the store reopen as it heads into the busy back-to-school season. 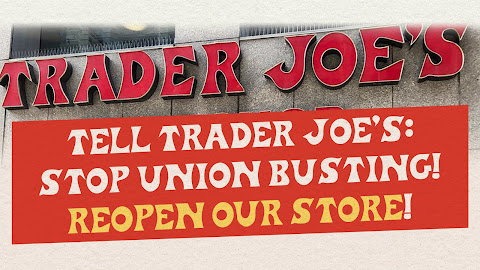 The petition reads in part:

Like our customers, we were shocked and saddened by the abrupt closure of the Trader Joe’s Wine Shop in Union Square. Most of the staff has been with the company for over 5 years, some since the store opened 15 years ago, and we have loved being part of the neighborhood and our customers’ lives for so long.
Trader Joe's is not being transparent about its motives for closing the shop. This sudden closure comes just days after our coworkers in Minneapolis, MN, and Hadley, MA, successfully voted to unionize.
Management in our store knew we were having organizing conversations and were planning on signing union support cards. Closing our store is textbook union busting. This kind of retaliation is exactly why we want a union at the Wine Shop — to guarantee we have real job security, consistent schedules, and wages we can live on.

Previously on EV Grieve:
• Here's the midnight email that employees of the Trader Joe's Wine Shop received about the closing on Union Square (Aug. 12)
Posted by Grieve at 4:50 AM 13 comments:

Days of wine and closures 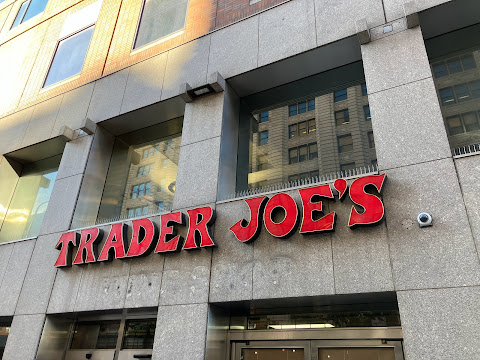 As previously reported, the company abruptly shut the doors to the only Trader Joe's Wine Shop in New York State this past Thursday after 15 years in the retail space of NYU's Palladium Hall ... surprising patrons and staff in the process.

The closure prompted a surprising amount of nostalgia for the shop, many related to buying bottles of Two Buck Chuck ... to spurring some existential crises, as one Twitter user asked, likely rhetorically: "Why God, why????"

It sounds like a Trader Joe's Wine Shop will return someday and somewhere. The signage on the door mentioned that. And in an email to staff, management stated (in part):

It is now time for us to explore another location that will allow us to optimize the potential of our one and only license to sell wine in the state of New York. In addition, the space currently used for the wine shop will be used to improve the overall operations of store 540, our grocery store in Union Square.

A few readers got a jump on suggesting new locations for the shop, such as at the Trader's Joe's on 14th Street near Avenue A... 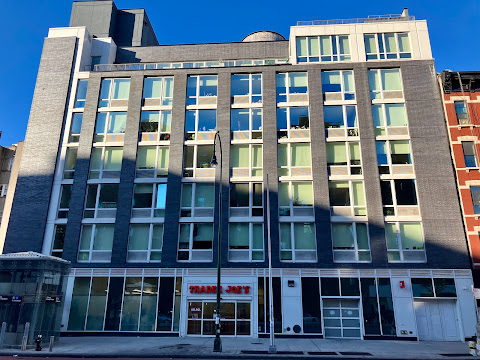 ... which won't work. For starters, it's not really centrally located... and, importantly. there isn't any available retail space in the building.
For people who shopped at Trader Joe's Wine Shop, there were also discussions about wine-store alternatives in the neighborhood. There are several solid choices around here... which will be for a good future post.
Posted by Grieve at 4:50 AM 9 comments: 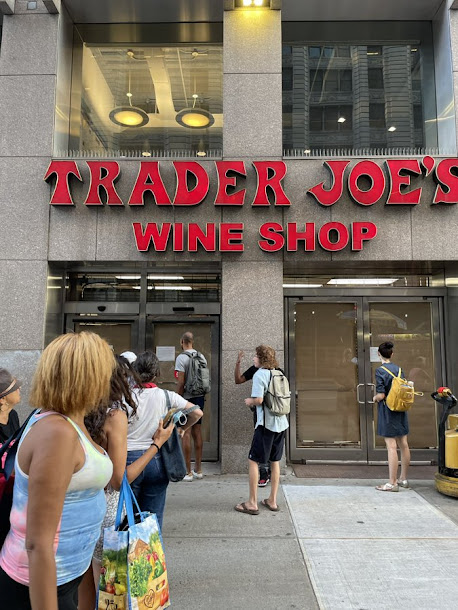 Photo yesterday by Max Uhlenbeck
Updated 8/17: A new report suggests TJ's shut the store after learning employees wanted to unionize.
As reported yesterday, the Trader Joe's Wine Shop on Union Square — the brand's lone such establishment in the state — shut its doors after 15 years on 14th Street ... surprising patrons and, apparently, staff in the process.
A tipster told us that employees — including management — were not informed this would happen until 12:01 a.m. yesterday.
Here's the email to staff... 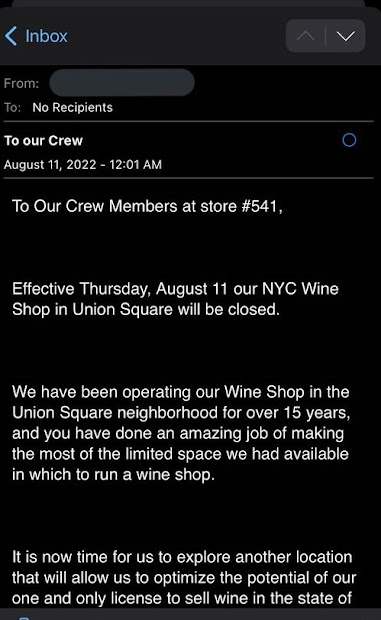 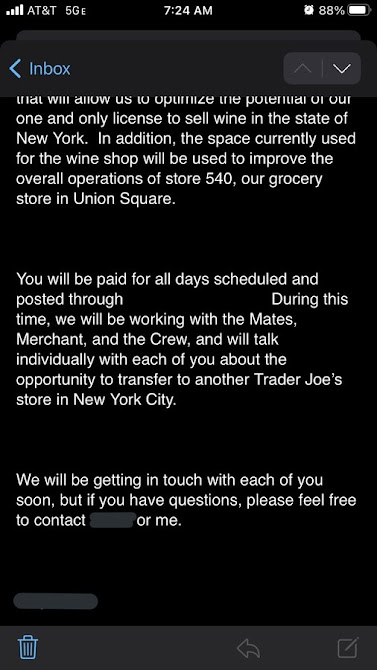 The email reads in part:

Effective Thursday, August 11 our NYC Wine Shop in Union Square will be closed.
It is now time for us to explore another location that will allow us to optimize the potential of our one and only license to sell wine in the state of New York. In addition, the space currently used for the wine shop will be used to improve the overall operations of store 540, our grocery store in Union Square.
You will be paid for all days through __________.
During this time, we will be working with the Mates, Merchant, and the Crew, and will talk indovidually with each of you about the opportunity to transwer to another Trader Joe's store in New York City.

The store still gets plenty of foot traffic, even after the pandemic - so I promise that isn't the issue here. Both the wine store and the grocery store next door are in a building owned by NYU, which is fine for the grocery store, but the wine store had to jump through hoops constantly to keep NYU happy. In fact, the wine store even has the license to sell their TJs brand liquor that you see in other states, but NYU wouldn't allow them to sell it due to their proximity to underage college students.

If anything, we'll see the wine store pop up somewhere else in Manhattan, probably adjacent to one of the existing grocery stores, and I promise it'll be a way better store than it was now that it's out of NYU's grasp. 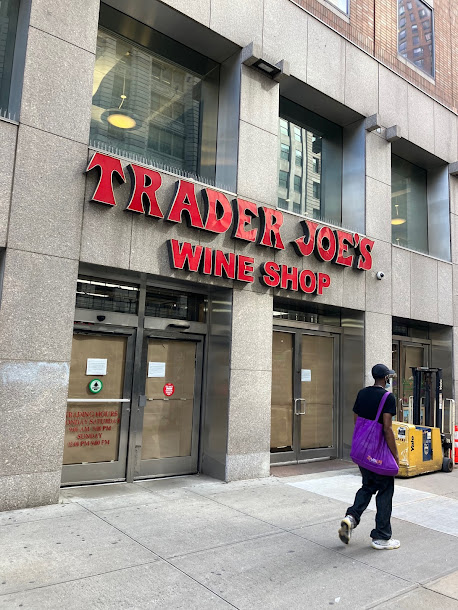 Updated here. Updated 8/17: A new report suggests TJ's shut the store after learning employees wanted to unionize.
After 15 years at 138 E. 14th St. near Irving Place, the Trader Joe's Wine Shop – the only one in NYC (AND NEW YORK STATE) — shut down today.
A note on the door thanks patrons for the 15-plus years of business... and states that employees will be paid through Aug. 28. There is also a tease of "an even better wine shop experience"to come somehwhere ... 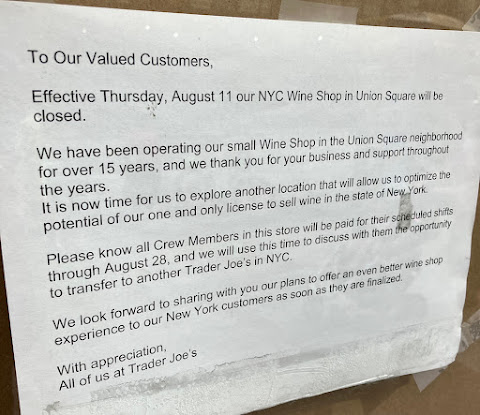 A Reddit post claims that employees received no warning of the closure.
Meanwhile, TJ wine shop fans are NOT pleased...

NYC TikTok is outraged that the Trader Joe’s wine store in Manhattan is closing pic.twitter.com/npdZsW9Gsv