Expect to see some 'Kitchen' crews 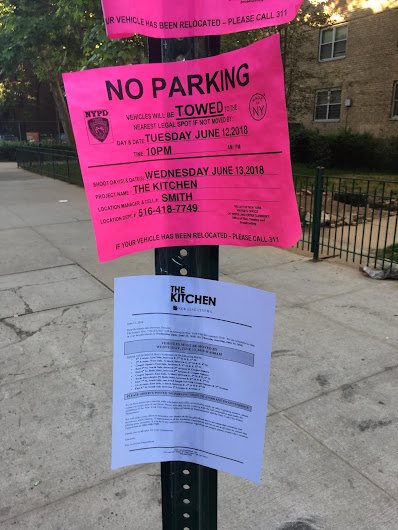 There's a decent chance that you might see the crew for "The Kitchen" some time tomorrow night or Thursday morning... as the posted flyers show, the production will be on multiple avenues and side streets... including parts of Cooper Square, Second Avenue, First Avenue ... 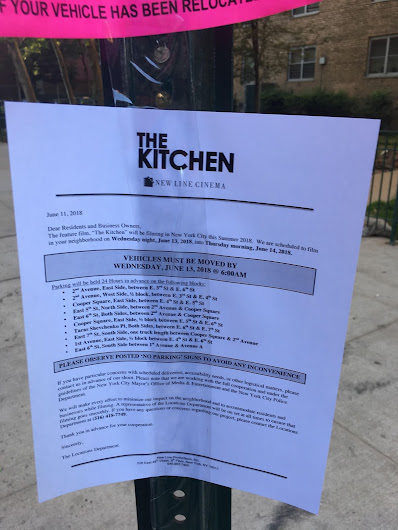 The drama, set in Hell's Kitchen during the 1970s, follows the wives of Irish mobsters (Melissa McCarthy, Tiffany Haddish and Elisabeth Moss) who team up to take over running the business after their husbands are sent to prison. Andrea Berloff is the writer and first-time director.
Posted by Grieve at 9:53 PM 3 comments:

A 'no parking' annoyance 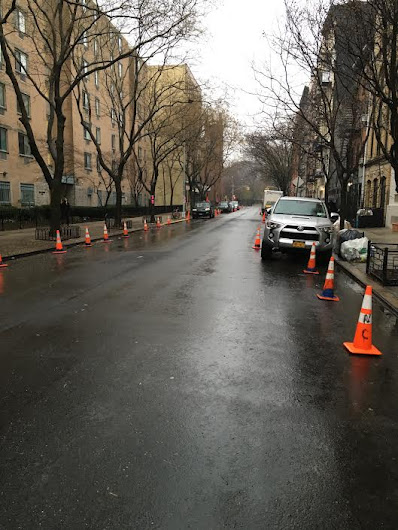 Crews for the new Netflix series "Russian Doll" have been spotted around the neighborhood.

While film shoots are, of course, a fairly regular occurrence around here, some residents have found this crew — particularly the parking production assistants — to be more aggressive than others in terms of blocking off space for their trucks and film equipment. On Eighth Street between Avenue B and Avenue C, crews started putting down the cones on the block yesterday — 48 hours before the announced filming times.

The posted signs say that "parking can be held a maximum of 24 hours in advance of the date and times indicated ..." Filming on Eighth Street, as an annoyed EVG reader pointed out, is tomorrow from 6 a.m. to 11 p.m. ... 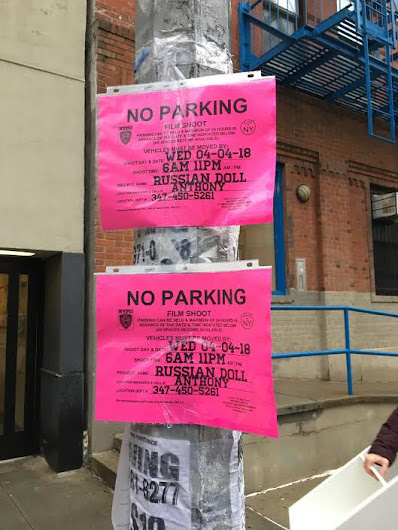 The cones also arrived late Saturday on Avenue A between Seventh Street and 10th Street for yesterday's shoot.
Posted by Grieve at 7:21 PM 7 comments: 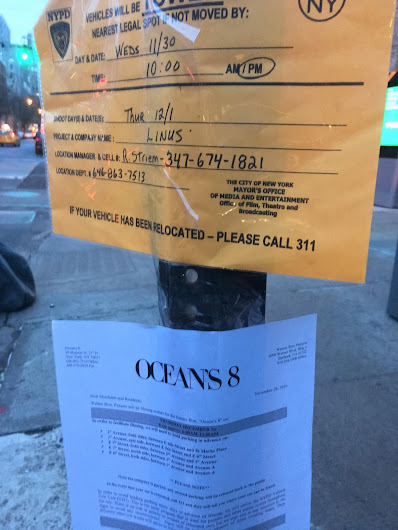 Fans of the first seven Ocean's movies will be pleased to know that crews will be back filming scenes for "Ocean's 8" here today.


[Pause for bad joke to sink in]

Updated 7:30 a.m.
Looks as if crews are setting up to shoot inside Blue & Gold on Seventh Street.

Reader mailbag: What's the deal with the film crew parking? 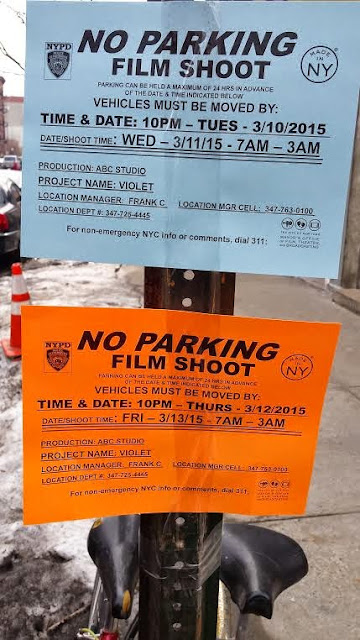 I'm curious about the legality of these crews taking over the street hours before the time posted on these no parking posters. For example, this poster says no parking after 10 p.m. on Tuesday. It's only just after noon and already the cones are blocking drivers from parking on the street and there's a parking guard out here directing people away. What gives? 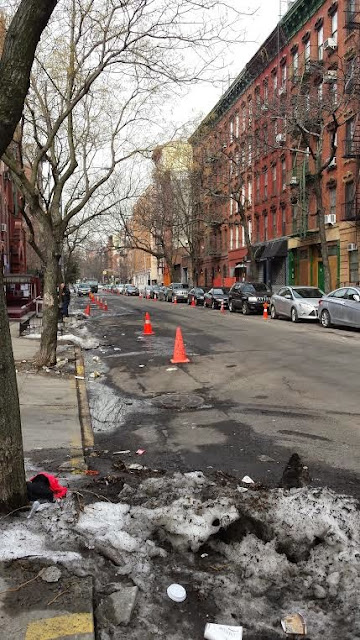