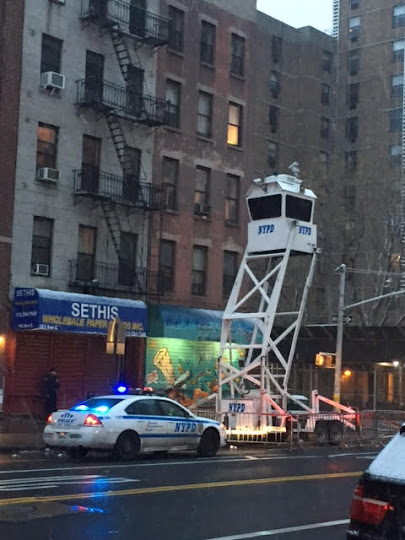 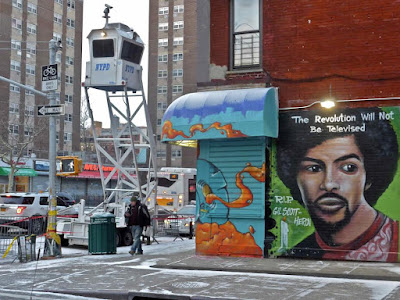 [Photo by Peter Brownscombe]
Posted by Grieve at 8:02 AM 9 comments: 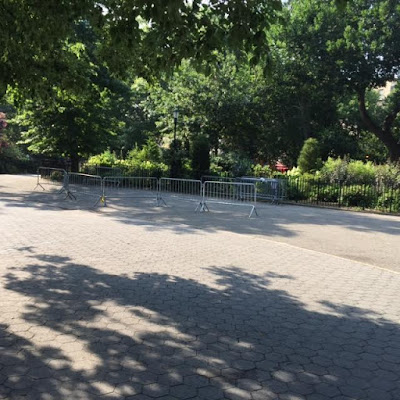 Not sure when it happened… but as of around 9 a.m., the tower is no longer in the Park. 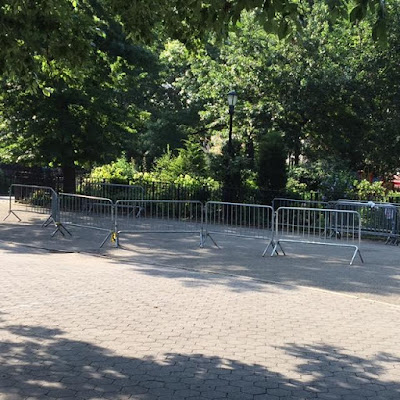 The Post spoke with some people in the Park about the Tower's removal.

“I don’t love seeing it here,” said Paul Engler, a 58-year-old business owner. “I think the police were doing their very best to make sure things stayed on the level, but I’d rather see cops walking around the park. That gives people access to them.”

“I didn’t give a f–k it was here and I don’t give a f–k it’s gone. It didn’t change a thing in this park. It didn’t slow nobody’s roll,” a homeless person said Tuesday. “It was all a show to make people think they were doing something. The same people they put that show on for didn’t like. They didn’t like to see that when they’re paying all that money to live here. So now it’s gone.” 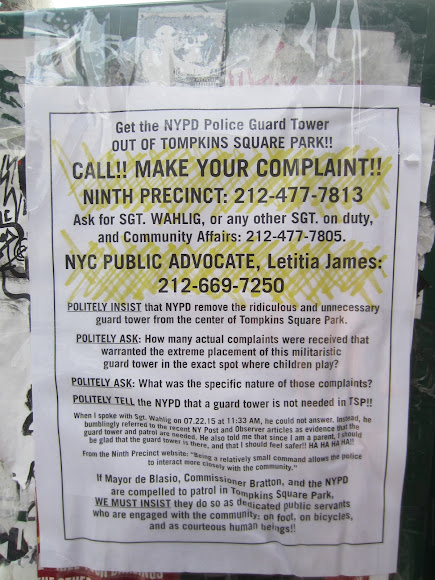 Someone has posted these flyers… asking residents to call the 9th Precinct and politely insist that the NYPD "remove the ridiculous and unnecessary guard tower from the center of Tompkins Square Park" ... 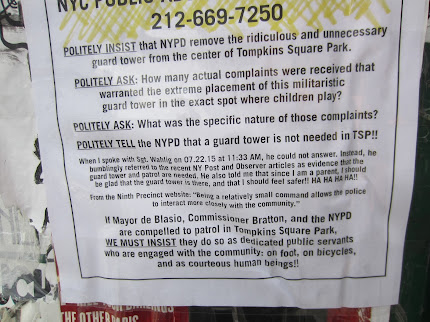 Per the flyer's author:

When I spoke with Sgt. Wahlig on 07.22.15 at 11:33 AM, he could not answer. Instead, he bumblingly referred to the recent NY Post and Observer articles as evidence that the guard tower and patrol are needed. He also told me that since I am a parent, I should be glad that the guard tower is there, and that I should feel safer!! HA HA HA HA!!

The tower arrived in the Park on Tuesday. There is already an online petition asking Mayor de Blasio to remove the Skywatch tower.

Meanwhile, in other tower-related activities… concertgoers yesterday reported seeing a drone nearby … 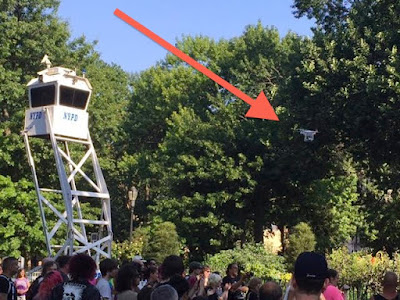 There was a report of a food delivery on Friday afternoon… 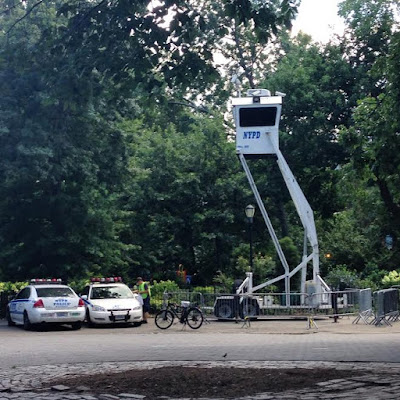 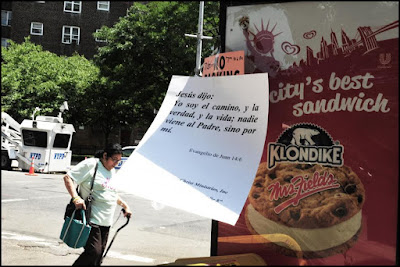 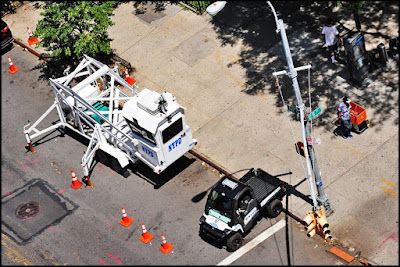