Meanwhile, at the Tompkins Square Station... 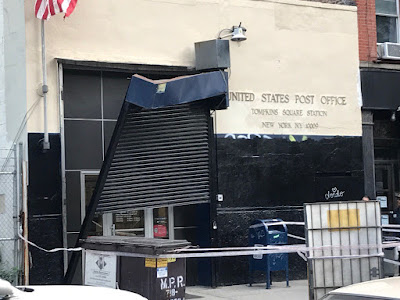 Third Street between Avenue B and Avenue C... it doesn't always look this way...

Photo via @artisanmatters
Posted by Grieve at 6:36 PM 5 comments:

Gothamist has a report on a U.S. Postal employee's bad day yesterday afternoon.

Things reportedly began when letter carrier Daniel Jean tried to deliver mail to the Columbia Care medical marijuana dispensary at 212 E. 14th St. just east of Third Avenue. The security guard wouldn't allow him to enter, and offered to take the mail instead. Jean refused. He ended up coming back three times, the last in which he allegedly kicked and damaged the front door.

Police caught up with Jean on 11th Street and Third Avenue. Per Gothamist: "When police tried to arrest him, the NYPD spokesperson said that Jean allegedly hit two of the cops, injuring their hands, knees and backs."

The NYPD charged Jean with criminal mischief, obstruction of governmental administration and assault.

Previously on EV Grieve:
A patient visit to the medical marijuana dispensary on 14th Street
Posted by Grieve at 12:55 PM 5 comments:

You have mail! (but not here)

Via an EVG reader...

Has anyone else in 10009 found this kind of notice in their building? 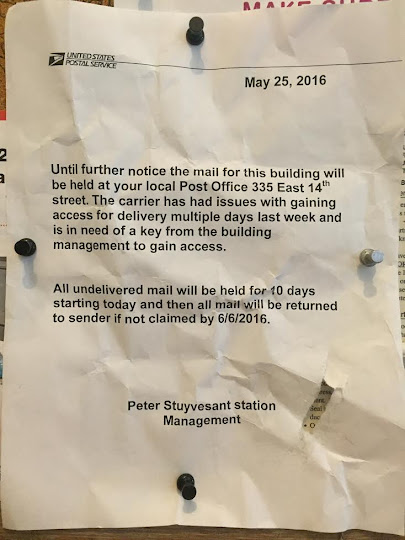 The mail carrier could not gain entry into the building... and, "until further notice," residents will now need to pick up the undelivered mail from the USPS retail outlet on East 14th Street between First Avenue and Second Avenue.

I haven't been to this USPS location in awhile. Do they have more than one person working at the counters now?
Posted by Grieve at 4:20 AM 18 comments:

13 months after opening, the USPS retail outlet on East 14th Street gets signage 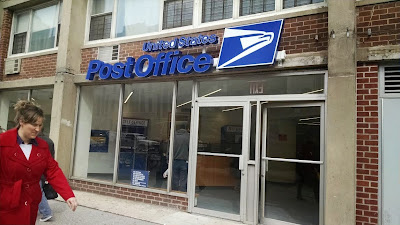 Perhaps this will prevent people from walking into the wrong building.

And a bonus nighttime shot via EVG regular Pinch… 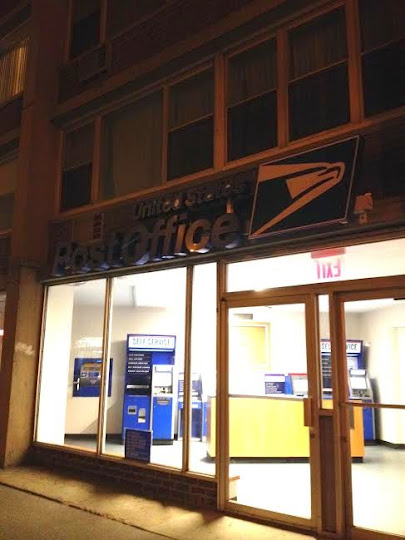 The retail outlet opened on Feb. 24, 2014. This location took the place of the Peter Stuyvesant Post Office at 432-438 E. 14th St. just west of Avenue A, which will eventually yield to a 8-floor retail-residential complex.

Previously on EV Grieve:
Please note that this apartment building is NOT the new Post Office retail outlet on East 14th Street
Posted by Grieve at 4:30 AM 4 comments: 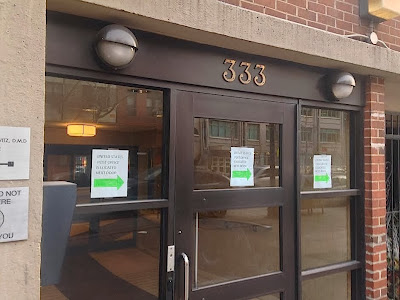 It is confusing, seeing as the building shares the same address with the new USPS retail outlet that opened next door at 333 E. 14th St. … and both buildings have mailboxes in the lobby… 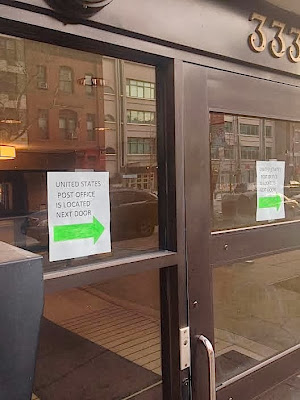 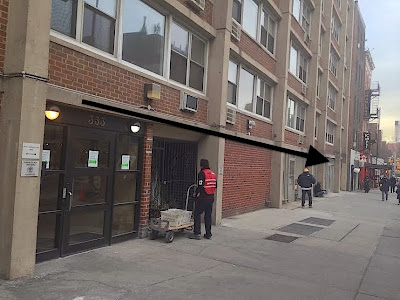 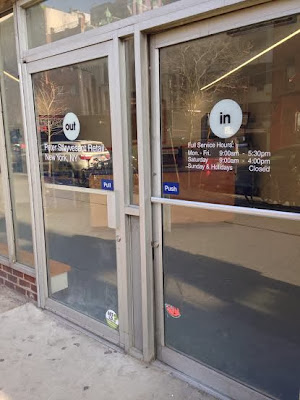 Wonder if this happened when the USPS outlet was the Duane Reade or Gristedes…
Posted by Grieve at 5:00 AM 8 comments: 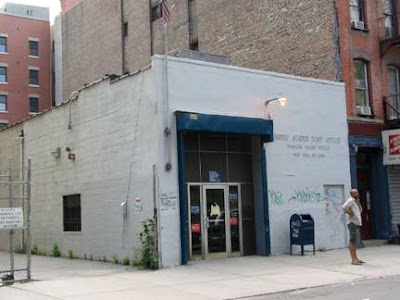 This morning, Postmaster General Patrick Donahoe released a "post office study" of nearly 3,700 potential closings in the United States. Despite the massive list, it appears that the Tompkins Square branch on East Third Street between Avenue B and Avenue C has been spared. Its name was not among those that the USPS may shutter to ease the agency's humongous deficit. (The full list is here.) There had been some neighborhood gossip that this small branch may go.

Meanwhile, the other local branches on 14th Street and Fourth Avenue are also not on the closure list.
Posted by Grieve at 1:11 PM 7 comments: