Police presence on the Bowery

BoweryBoogie had a report yesterday about a man who was shot on the Bowery near Bleecker early Saturday morning.

The Post had a little more on the incident in today's paper:

The victims, both in their 30s, were shot on the Bowery near Bond Street at about 4:40 a.m., police said. One was hit in the leg, the other in the arm.

Both were treated at Bellevue Hospital -- but refused to cooperate with investigators looking into what sparked the shooting.

On Saturday morning, there was a strong police presence... 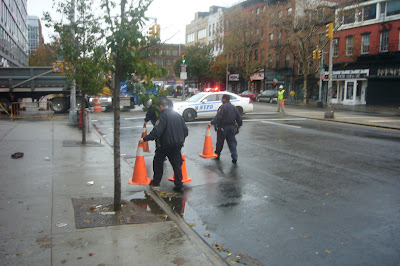 ...to set up pylons for the street construction on First Street and the Bowery that blocked traffic for much of the day.... 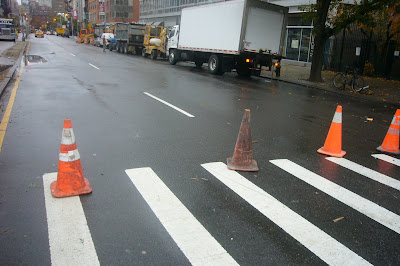 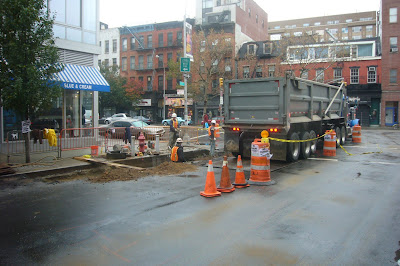 Email ThisBlogThis!Share to TwitterShare to FacebookShare to Pinterest
Labels: Bowery, crime, the police