'Gossip Girl' returns to the East Village, a headline that may score me some awesome SEO!

Well, I've pretty much stopped mentioning when TV shows and movies are filming around the East Village... It's pretty commonplace. Unless! It's a life-altering production, such as "The Smurfs 2: We Spit on Your Grave" and "Step Up 3D." And, "Gossip Girl," which will be filming on parts of Avenue A and Ninth Street, etc., on Friday. 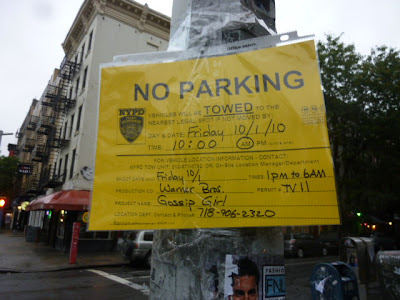 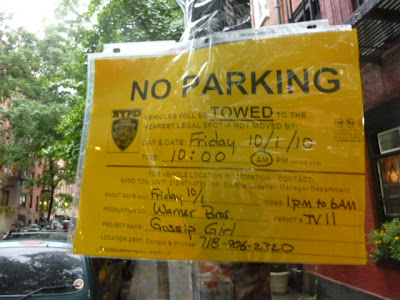 Careful, E, hell hath no fury like a "Gossip Girl" fan scorned.
Posted by Grieve at 6:30 AM

Email ThisBlogThis!Share to TwitterShare to FacebookShare to Pinterest
Labels: East Village, Gossip Girl, TV shows that I will never watch

it would be less intrusive if the folks that work for movies and tv were not so blessed with their own self-importance. they are as bad as the late-night bar intruders. businesses suffer, already reduced parking is further limited, traffic backs up, freedom to walk the shortest distance to where you are going is limited. i wonder who all those folks that stop to watch the mostly inactive "shoots" are. you might get to see a star for all of a 15 second take.

EV, you're the Gossip Guy of the East Village. :)