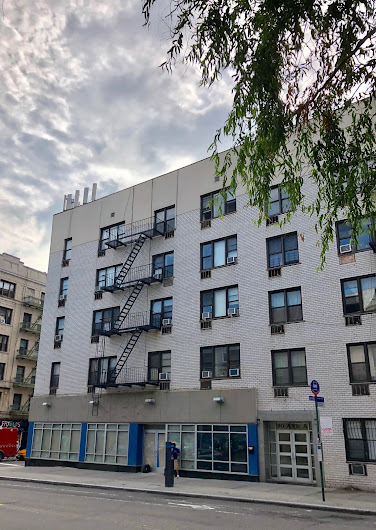 While on the topic of former bank branches on Avenue A ... the long-vacant former Chase space at Second Street (20 Avenue A) may finally have a tenant... the for lease banner came down on June 20.

On Friday, work permits were filed with the city for the following (in the ALL-CAP DOB style): TO INSTALL PIZZA OVEN AND DELI EQUIPMENT IN EXISTING STORE SPACE INCLUDING MINOR FLOOR AND WALL FINISHES AS PER PLAN.

Didn't spot any other info at the DOB ... such as the name of the new business. The monthly asking rent here had been $36,000, per the last listing for the address.

Another broker for the former Chase branch on Avenue A
Posted by Grieve at 4:14 AM

Well if I had known it was going to be pizza maybe I would have stayed.

"and deli equipment" makes it sound like one of those bullshit pizzerias that's like half deli and wants to sell everything... so who knows.