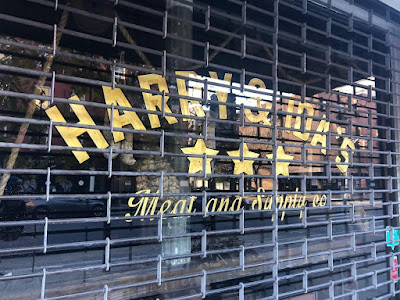 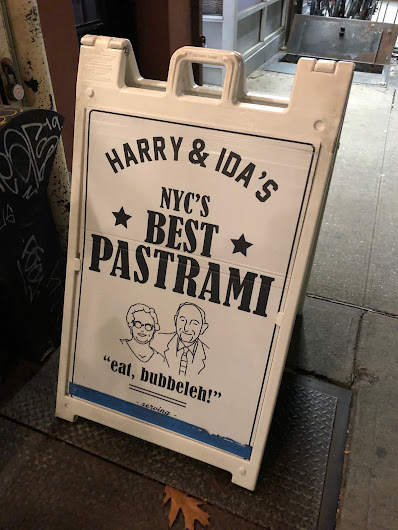 Previously on EV Grieve:
Acclaimed pastrami purveyors Harry & Ida's will close this month on Avenue A
Posted by Grieve at 4:15 AM

I don’t know why vegan/vegetarians want to make their food look like the real thing. Like Tofu turkey, watermelon ham...stick to your guns if it is non meat enjoy it that way.

RIP. It was mighty tasty. I bought one pound of bacon and pastrami last week, I'm going to miss their pricey but delicious food.

@tom: Sometimes we like to have carrot lox and non-dairy cream cheese; I'm not telling you how to eat.

We will miss this place terribly. We didn't go often but we went regularly. The food was top notch and they were always super nice and always welcoming of Miss Kita the Wonder Dog™ We wish them the very best. xo, jg

They made an extremely pricey sandwich that was not as fulfilling as Katz's, sorry to say.

Love the entrepreneurs' spirit and wish them well!

@Dan wrong. Katz is extremely pricey at $8 more than the Harry & Idas pops ($17). The Pop's was smoked meat where the Katz isn't smoked.

Katz is an institution but let's not pretend it's anywhere near a good deal.

@ 10:22 a.m.: I recently had a pastrami on rye from Katz, it was $20 plus tax, including a slew of pickles. It was quite enough for two people to enjoy. I would call it a good deal and a great meal.