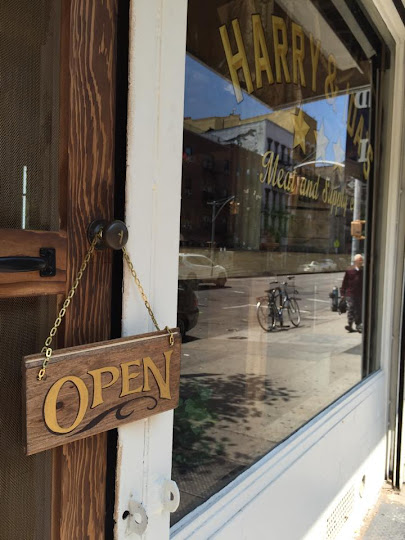 The siblings who own Ducks Eatery on East 12th Street are behind Harry & Ida’s Meat and Supply Company, which opened today at 189 Avenue A.

The New York Times has a mini preview today of the shop between East 11th Street and East 12th Street:

It’s named for their great-grandparents Harry and Ida Zinn, Hungarian immigrants who had a store in Harlem. The market specializes in preserved foods: pickling, hot- and cold-smoking, fermenting and canning to make goods as varied as old-fashioned pastrami and smoked eels for sandwiches.

EVG reader Shawn Chittle stopped by earlier. "Feels like a Vermont supply shop. Smells like the country. They have breads and meats and all sorts of stuff," he said via email. "Some will like it. Not sure they have what people around here want — time will tell."

Previously, the space was going to be home to I Cipressi, but the Italian restaurant wasn't able to open. Vampire Freaks was the last tenant here, closing in December 2011.

You know the Times wasn't kidding when they mentioned eels... EVG reader Riian Kant-McCormick notes that the store has a tank of live eels... (does this count as a fishmonger???) 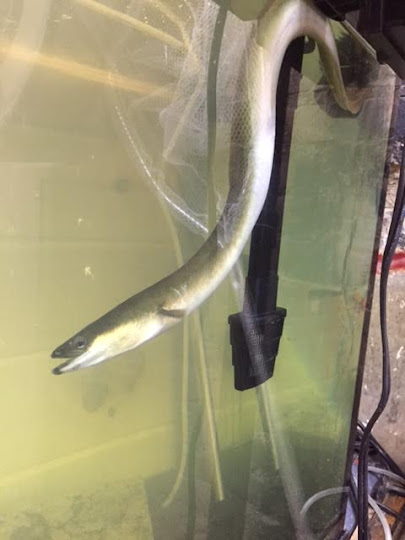 Previously on EV Grieve:
Harry and Ida's Meat & Supply Co. coming to Avenue A
Posted by Grieve at 2:07 PM

I just love nostalgia food. But, hey, go up to Russo's for the real thing -- and when they go, it'll be the last.

I still miss the shelter animals mural that was on the side of that building!

It's probably the closest the neighborhood will get to a fishmonger! I'll check this place out for sure.

Nice guys , I wish them the best!

vampire freaks just needed eels .. and to update their costumes?

It looks like they did their best to make the space nice but this is not the most appealing location for a food establishment--the building is so dumpy. I am surprised the landlord didn't sell to the developer that is going to be building all around him. You think they must have asked.

I believe there is a tenant in the building who grew there. I remember years ago seeing older people sitting out front on folding chairs, but I think they passed on. I think their son still lives there. This is going way back. There is also a woman on First and 12th in that building who goes way back, she was born here and still lives here now. I would love to know more about these people.

To 6:38: I also remember seeing the old people sitting out front on folding chairs as recently as last summer. What happened to the people who were starting the Italian restaurant? It looked they spent months working on the place then construction stopped.