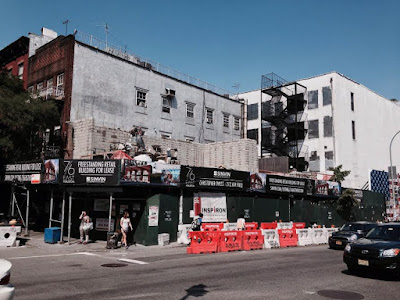 It has almost been four months since we checked in on the progress at 76 E. Houston St., where a 2-story building is in the works for the former Billy's Antiques space. 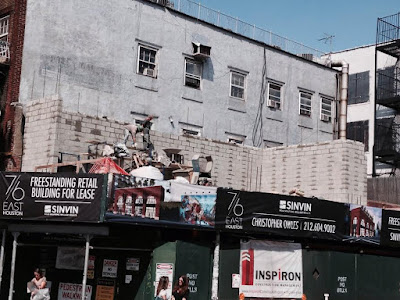 The brokers are marketing this location as "the four corners of Downtown," with a Summer 2015 completion date. Well, workers are obviously not going to make that deadline.

BoweryBoogie reported last fall that work slowed down here due to Certificate of Occupancy issues and a dispute over the property line.

Previously on EV Grieve:
Deal off to bring Crif Dogs to the former Billy's Antiques space

Full stop work order for 76 E. Houston St., and the return of Billy's Antiques (sort of)
Posted by Grieve at 4:20 AM