Not much progress on the all-new Tompkins Square basketball courts 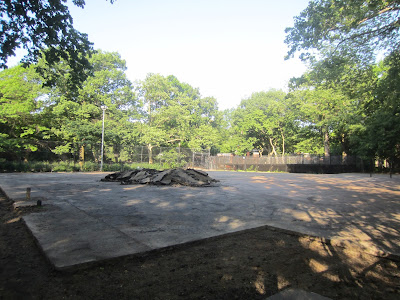 Workers began tearing up the Tompkins Square Basketball Courts on May 29.

As we previously noted:

...the New York City Parks Department teamed up with YouTube for the renovations, which include an entire resurfacing of the courts with new cement and paint, and installing new basketball hoops. Parks officials said that work will be completed by the time the city schools let out for the summer on June 26. YouTube is funding the renovations, which are estimated at $300,000.

It doesn't appear that the city will hit that kids-outta-school deadline. The courts look essentially the same now as they did on May 29... 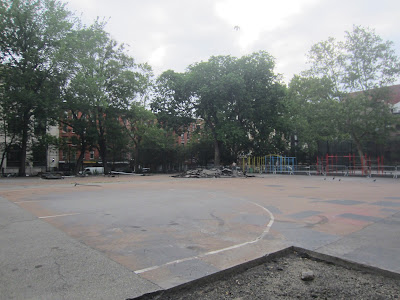 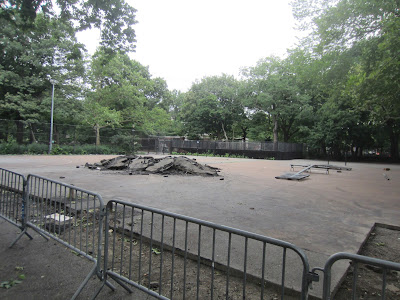 At this rate, the courts will be ready by time the students return to school.

The gym equipment is still accessible, though... 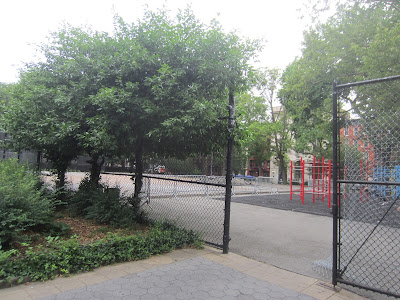 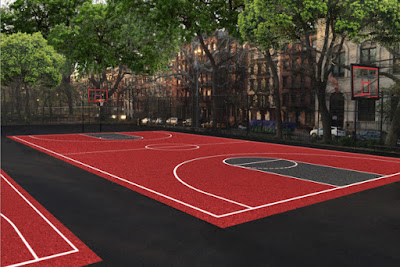 So much for dropping to our knees and thanking Youtube for taking pity on poor us.

UGH! The entire ' hood is going to corporate hell.

It better not say fucking youtube on any part of it.

There's no indication why there has been limited progress, therefore, it could just as easily be related to something to do with the City (or who knows what) as it does "YouTube."

There is no doubt though that these courts NEEDED a serious facelift. I was extremely excited about this project when I first heard of it, but now i'm afraid it will take many more months to complete.

Hopefully the quality of the courts will make the wait worth it.