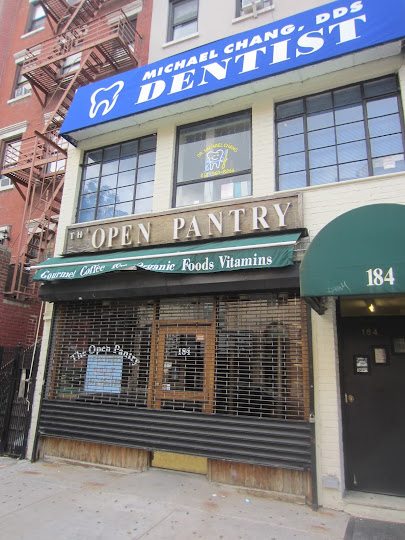 As we first reported, Christopher Pugliese, the owner of the 4-year-old Tompkins Square Bagels on Avenue A, signed a lease for a second East Village location — at 184 Second Ave. between East 11th Street and East 12th Street.

We talked with Pugliese to get a few more details on what to expect at store No. 2.

On a realistic timeline for opening

"The realistic timeline is five months. I'd like to open on the same date that we opened Tompkins Square Bagels in 2011 — Dec. 15."

On the similarities between the two shops

"We are going to replicate the Tompkins Square Bagels space on Avenue A. Same style. The whole assembly line. Everything will be made on the premises. Oven. Kettle. We're going to extend the space into the backyard to make the place bigger."

On a possible name such as Tompkins Square Bagels 2

"All my buddies and people who I get advice from are telling me, 'It has to be Tompkins Square Bagels. It's a brand!' They keep saying 'brand, brand, brand' I don't care so much. [Laughs] I might call it Second Avenue Bagels. I might call it Stella Bagels [for his daughter]. I don't know."

On staying in the East Village

"I feel like I'll be able to plant roots and stay here. I have a daughter who's 5-months-old now. When she is 15, and asks, 'Dad, what do you do for a living?', I want to be able to take her to the store. I'm not going anywhere. I want to be like the guys from Veniero's, Russo's and Bella Tiles. I pass that block on the way to work, and I see those guys like in their 70s. I want that. I want to keep going and work and be part of the neighborhood.

"I get offers. I was offered to go open in the Edge building in Williamsburg … in Grand Central terminal. I said no. I'm not looking to have an empire of stores, like five, six, seven, eight locations. I wanted to be here. I don't want to go there to work. I like it in the East Village — it's where I live. And it's where I'm going to stay."

The previous tenant here, Open Pantry, the 45-year-old coffee shop/grocery, closed for good at the end of January. Dean Pappas and his family who ran Open Pantry also own the building. ("We negotiated the final details of the lease in his car.") Pugliese says Dean Pappas will have a role in the new bagel shop.

Tompkins Square Bagels opened on Avenue A near East 10th Street in December 2011.

Tompkins Square Bagels makes it official on 2nd Avenue
Posted by Grieve at 5:00 AM

There is a strong movement against backyard use in this neighborhood. You pretty much won't have a life if you face the back. Does the landlord own 25% of this one?

For the record , landlord and prior landlord own no part of Ave A location. There was a loan for work. It has since been paid back with interest. Secondly , TSB will not be using the yard at 2nd Ave. They will be extending the building which is what the owner meant when he said 'make the place bigger.' Anon 9:03 , you're speaking from your butt.

Anon 9:03 if you're going to speak from your butt, I suggest taking a pic of your butt and inserting in the little commenters box. Landlord and prior landlord owns no part of avenue A location. There was a loan for work that was paid back with interest. Secondly , the owner Chris , is extending the building to make it larger. He has no intention if seating the backyard. Lastly , the 3 restaurants beside the 2nd Avenue location DO USE THEIR BACKYARDS. HAVE FOR YEARS. Maybe you want to focus on that? Or is it only new business or business your self righteous self deem worthy that get a pass? Curious.

Stella Bagels is a great name

@9:48
Technically you're right. It was the management company. They are the ones who cleared out all of the buildings in the area.

Good on you, Chris. I hope your dreams of being in your 70s and still working in the EV come true, although if you keep making those French toast bagels, I can't see how it won't.

We will all be glad to have another bagel shop here. EV Bagels as a nice ring to it. They probably sould stick with TSB since that's the name everyone knows, and usng the same name saves on printing costs, website branding, doing new twitter and facebook pages, not to mention the t-shirts.

Tal Bagels still hasn't renovated the old Ess-a-Bagel store, and the sign still says coming in June. and Black Seed Bagels is still working on the DeRobertis renovation. I hear the smoke from their wood burning ovens is drivng people nuts over on Elizabeth St. I hope they don't plan to subject this neighborhood to 20 hours of smoke a day.

Congrats to Chris. He's a gem of a human being. I'm glad EV Grieve did this interview because the neighborhood gets some clarity on all the rumors.

On the name change:

I vote for them keeping the TSqPark Bagels name too.

And how great is it to hear from a business owner who wants to be a neighborhood guy, forever, and not an empire-builder. Delicious.

Bagels should be avoided by anyone interested in eating well.
They are high bad carbs, the opposite of gluten-free, and white bread. Avoid them.

Bill saying no to bagels and yes to arresting Cheney (third, not first)

Hey Bill. Give me bagels.......or give me death. Especially with a schmear. And white bread is good for you?

No, white bread is bad for you, as is all bread. I wouldn't eat whole wheat either. Well, it's okay to fall off the bank wagon once in a while and eat bad stuff. As Arthur DeVany (sp?) points out in his book The New Evolution Diet, you can fall off the wagon once in a while. He and his wife go to a restaurant monthly and eat a slice of cheesecake. (I don't advocate the paleo diet that DeVany does.)

@Anonymous 9:48 - I believe the landlord at the time was Westbrook and the management company was Magnum.

Bill, so "a jug of wine, a loaf of bread, and thou" should really just be the booze and the significant other? Loses something beyond carbs, don't ya think?!

If you want to live bagel-free, try Alaska.

I'm guessing you can get a bagel in Alaska. How about fruit and veggies instead of wine and bread?

I thought I remembered reading about this somewhere.

I am so happy there will be another location! I live in between the space on Avenue A and the new space on Second Avenue. Unfortunately, the Avenue A spot is usually out of my favorite bagels when I go at the end of the day. I am hoping for better luck at the new spot.