The Subway (sandwich shop) has closed on the Bowery 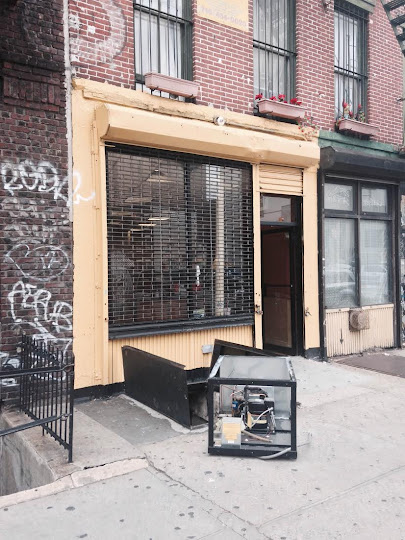 Is the new Bowery becoming too upscale for even a Subway? (OK, so the 7-Eleven is still alive and well across the way.)

The Subway opened here in late 2009, taking over the space after Downtown Music Gallery moved to Monroe Street.

Meanwhile, the Subway next to McDonald's on First Avenue recently came under new management … 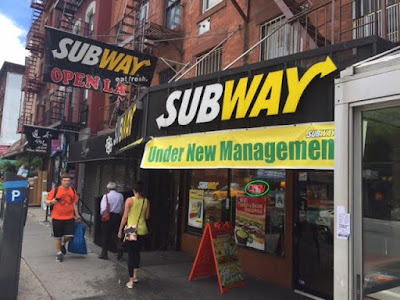 … after doing away with the "Restroom & 10% Cab Discount Available" campaign.

Fingers crossed that the one on Avenue B near 14th Street follows suit.

good riddance. i went in there twice and the staff never bothered to ask how can i help you. i promptly left without ordering anything. vowed never to go back. and i never did.

@Anon. 4:47 - Oh, please, get over yourself. There are similar comments posted by many of Grieve's followers all over this blog, going back years. Why aren't you foaming at the mouth about all of *them*?

Oftentimes employees at chain stores with multiple outlets in a neighborhood or city will get hired at another location. They are already trained and understand how the company operates. It is a transferable skill

A side note; this space used to house Satellite Records from 1995-2001/2002, much before Downtown music. Hung out there twice a week. Miss that record shop. Many of the top NYC club DJ's (Twilo) would always been in the shop. What a time.

If truth be told, they have a mean veggie burger. I bet if the millennials who are lining up outside Superiority ever find out, Subway will be jumpin as the new endive. All the franchise needs to do is reposition their brand:

Thank you for this post.
My great-grandfather had a jewelry story (pawnshop) at 342 Bowery in the 1910s.
He and his family (wife and four kids) lived in the back.
I'm happy to send you a photo.
jeff