Reiminders tonight: Films on the Green in Tompkins Square Park 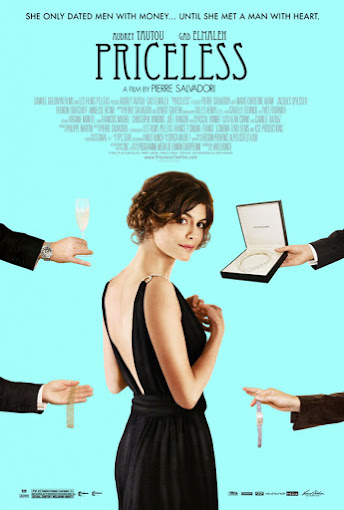 Tonight is the first of the two screenings in Tompkins Square Park in the Films on the Green series ... the free outdoor French film festival in NYC parks... Here's what's playing tonight at 8:30ish...

• "Priceless"
By Pierre Salvadori with Audrey Tautou, Gad Elmaleh
The plot:
"Irène, an attractive young woman, is on vacation at a French Riviera resort with Jacques, an older and very wealthy man. One night, while celebrating her birthday alone, she meets the handsome and intriguing Jean, who claims to be a millionaire and adventurer. However, unbeknownst to Irène, Jean isn’t everything he appears to be…"

And next Friday there's the animated film (ages 7 and up!) "Zarafa."

Find more about the festival and the other films in the series here.
Posted by Grieve at 4:30 AM

Except... sitting on the green means that you'll be sitting amongst the rats and their feces that make Tompkins Square their home. Just look at the borrows at the St. Mark's and Ave A entrance, under the "DO NOT FEED THE PIGEONS" sign.

Films on the Green at TSP isn't really on the green, more like on the pavement (same with WSP), so no worries, no one will be sitting amongst the rats and their merde, unless by rats and feces you mean the dbs and their hanger-ons.