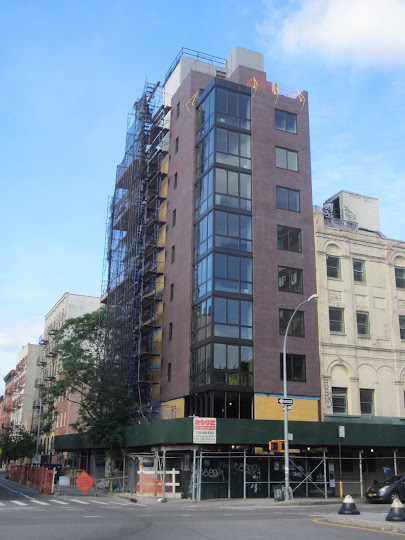 Finally had the chance to take in 179 Suffolk St., the new 10-floor building at East Houston. (BoweryBoogie noted this last week.)

Anyway, here it is… 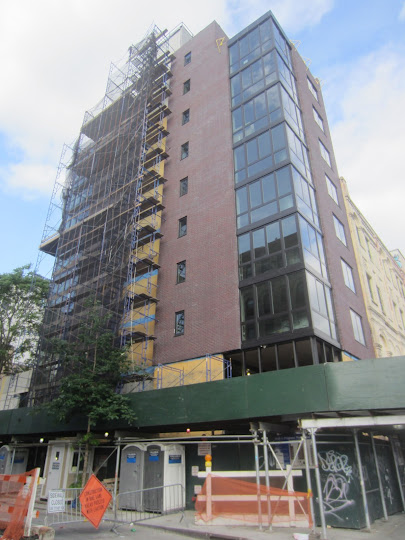 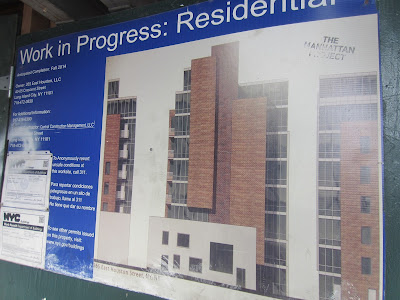 According to the DOB, there is 11,522 square feet for residential use … and 2,527 square feet for community facility space. (BoweryBoogie points out that this will equate six full-floor apartments and a duplex penthouse with the community space likely going to the previous tenant — Iglesia Pentecostal Arca de Salvacion.)

Meanwhile, 255 E. Houston St. remains empty next door … which previously housed the day-care center Action For Progress. They were displaced in the spring of 2010 when construction next door destabilized the building. 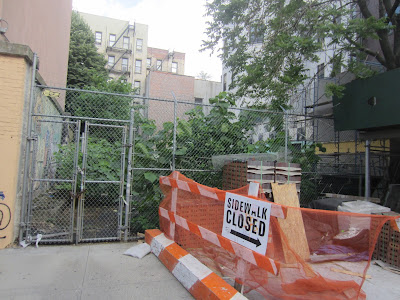 The playground out back sits neglected… 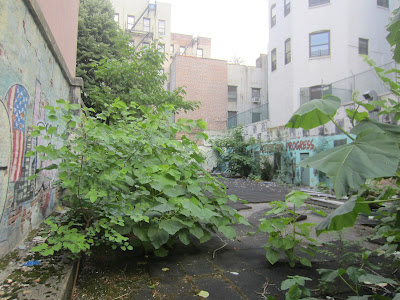 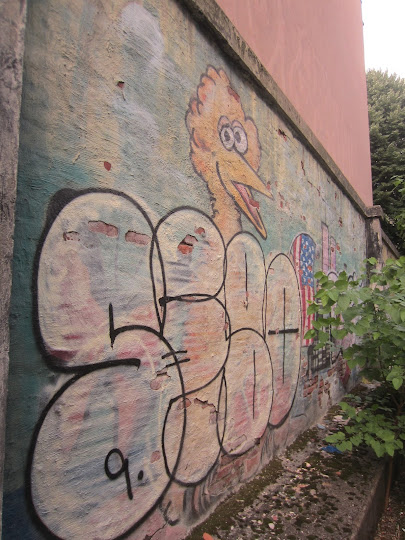 We're about five years in on this project, which has been plagued with various issues, as BoweryBoogie previously noted here.

10-story building in the works for Suffolk and East Houston
Posted by Grieve at 4:35 AM

See? Everything's back to normal. I think this "outing" was much ado about nothing.

Uh... Can they put the netting back on?

Anon. 7:27, sorry, but I don't think it's your place to declare "I think this "outing" was much ado about nothing" - that's for Grieve to do, should he so desire. But please remember, it was not your oft-stated, years-long wish to remain anonymous that was shattered; it was his. And personally, I think feelings of having been violated would take longer than two days to overcome.

Have you noticed this "The Manhattan Project" tag on the Work in Progress sign pic? I've seen so many of them around downtown. Been wondering about what it's all about.

I walk by this every day while on my way to work. This building went up alarmingly fast and I wonder if any corners were cut during construction. Several times I witnessed materials falling several floors (thankfully within the construction barriers).

Don't even notice it, blends right in with the 'hood.